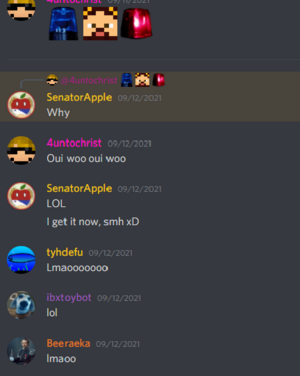 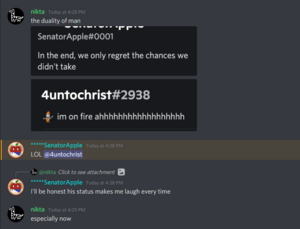 4unto's status on discord getting called out by Nikta

4untochrist joined MinecraftOnline after watching a video from FitMC on the April fools day griefing of the server. originally planed to stay long enough to build a house and leave a mark on mco history but made the decision to stick around. Known for his semi-effort intensive builds and building in every known corner of the map, and trying his best to be a kind MCO player. Also i am apparently a child murderer according to

RunRun_5 I can neither confirm nor deny and of the allegations put against me at this time. 4unto is constantly referred to as weird nicknames such as "BaldKrogerGuy" and "Kroger dude" by

Aziroeth due to his former irl job as a cashier. Promoted to Moderator by

TheDemetri, one year after original promotion.

Founder of Die_Verbindung and Team Texas

First played Minecraft in March of 2012, and then got the 4untochrist account on September 25th 2012 for his 10th Birthday.

When he catches a player following the rules or even just being a outstanding friendly community member, 4untochrist is know to give out items ranging from stacks of steaks, to Diamond tools and spawners.

Always gives second chances unless the player in question have been repeatedly destructive and toxic.

Resignation from Moderator The Administrative team failed to meet my demands to add Sky Wars to MinecraftOnline. I will never forget nor forgive them for not taking my amazing idea and making it a core function of the server. (this is a joke, Love yall admins :>, Cya around!)

Repromotion to moderator Ok i MAY have over reacted with the sky wars game mode. i GUESS ill be back... even if there is no skywars smh. (Thank you Admins for the second opportunity :))

Who are all keep locked up in 4unto's Basement

Nicknames i have been called across all MCO related platforms:

Fell free to add more if you are creative.

(DISCLAIMER: 4untochrist is in fact NOT BALD, I ordered a haircut wrong back in 2021 by accident my hair has grown back shut up!!)

"4untochrist needs to be staff" -

AgentMuu Back to MCO on the 10th Birthday of MCO after 7 years.

Also earlier started The Annaheim TIMES with the Verico Post 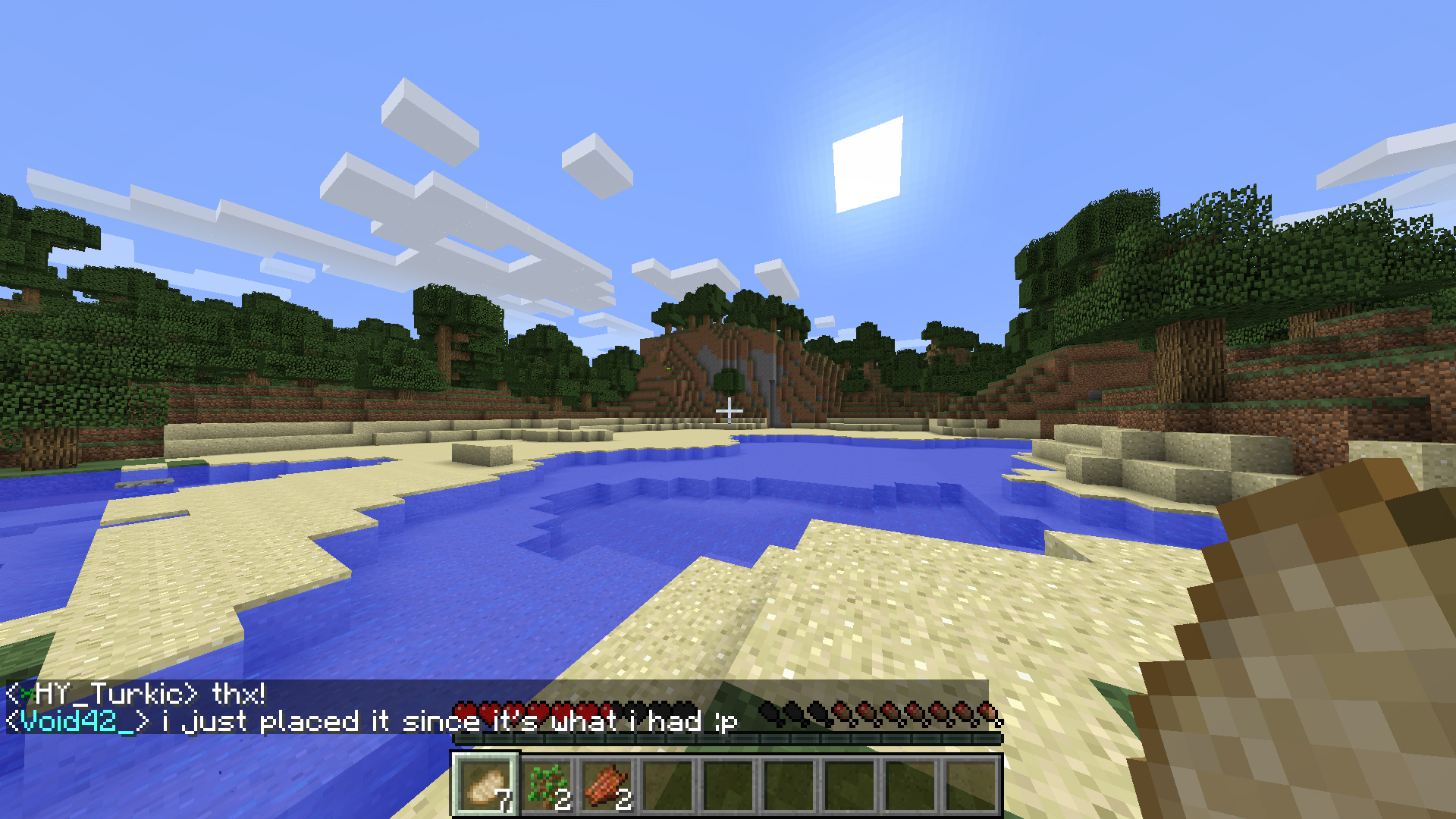