Umbreon was a moderator on MinecraftOnline who resigned for personal reasons (School, Boredom, etc.) in September of 2020.
Former story below:
Umbreon once wondered what the oldest server in Minecraft was, and that's the simple way he discovered MinecraftOnline. However, he didn't plan to stay, only visiting once in March. He returned in September, trying to find a survival server with a style just like here. Umbreon didn't spawn in the rules hallway when returning and griefed a wool block, getting a warning because he forgot the rules. He was later known for his contributing to New Eden.

Nowadays, Umbreon spends most of his time hunting and killing AFK or naked players and sometimes taking their loot.
As of Febuary 1st 2021, Umbreon has murdered players 224 times.
Notorious kills:

bawest (First to kill him)

On January 2nd, 2020, Umbreon was promoted to Moderator out of nowhere by

WaffleNomster after having lost hope for months. Below is a small chat snipplet of how it went.

Afterwards he was trained by

I was pretty excited when I woke up that day. I knew it would be a big deal. Just like with the birthdays of admins, all of spawn was filled with cake and a few people had renamed their alts to something referencing MCO's birthday. I had invited some old players to join, most showed up. What happened was bigger than I expected though. For months, no single german staff member except for me had been online. On the 10th birthday, four of the five german staff members showed up:

Lothendal who had been offline since 2016, four years (With the exception of

Flippeh aka Luuuuuuuuk). Apart from the OG players joining, including

AgentMuu who probably broke the record for most inactive former regular who returned, joining after 7 years, the rest of the day wasn't that big for me. The New Eden arena fight was fun to spectate, but was hard for the arena players due to the immense lag. The "Best of the Decade" awards weren't really best of the decade, since most nominated players were new and had close to no history in the older era of MCO. Sadly I missed some stuff, couldn't be there at midnight, I have a life and need sleep! 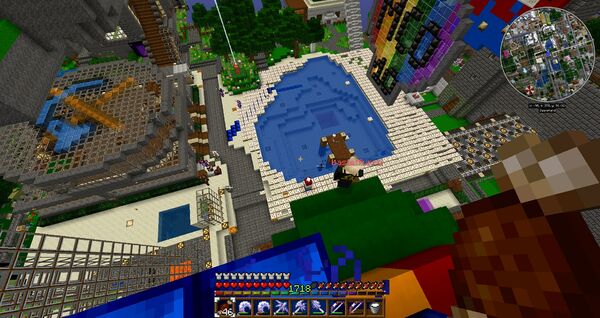 bastetfurry at spawn on the 10th birthday. 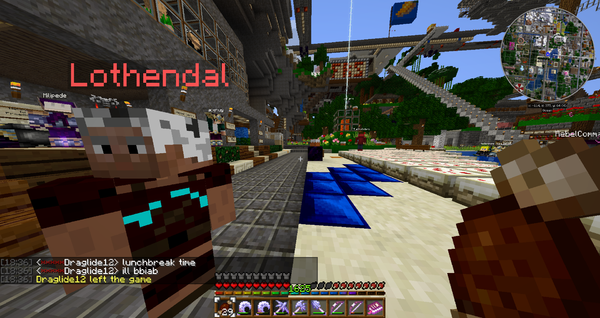 Lothendal at spawn on the 10th birthday. 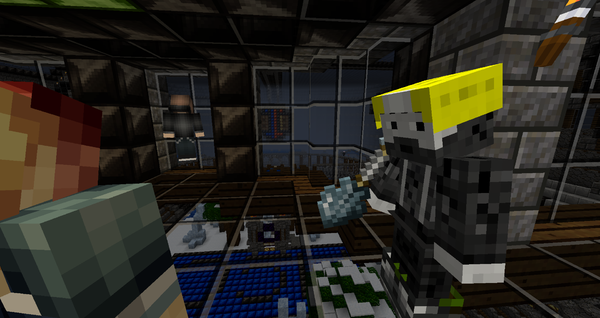 nosefish in the New Eden Arena on the 10th birthday.

On May 31st 2020, 5 new admins were promoted - Umbreon decided it was his time to shine and he set on a journey which would end roughly 3 weeks later. He started looking through warps, greporting every grief he could find in them. A few days later, the new admins called him out for greporting very old grief which can get annoying quickly, therefore Admin

Eclypto18 jokingly started calling old grief logchecks mSuplogs.
After 20 days and 112 greports, most of which were griefed from 2011-2017 and therefore took hours to logcheck, he finished his journey, having greported in every warp there is. He's still curious about how it took so long for somebody to find such obivous grief...

LewisD95. That was a nice timing telling somebody about Lewis' playtime...

Umbreon has some very obscure personalities, the three most notable ones being:

- Normally just builds or explores
- Has no interest in interfering with conversations, doesn't talk in chat apart for mod duties
- Always takes over when Umbreon messes up and feels like a piece of dipshit again 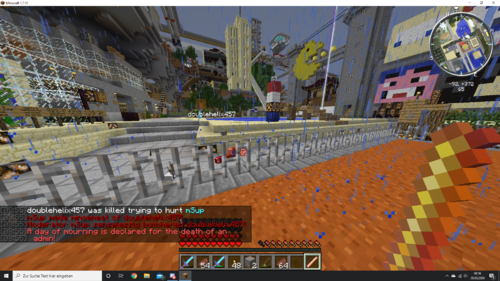 doublehelix457 dying to his own boots 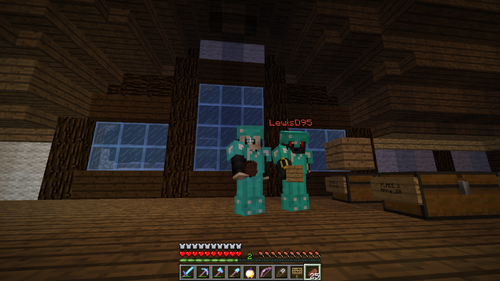 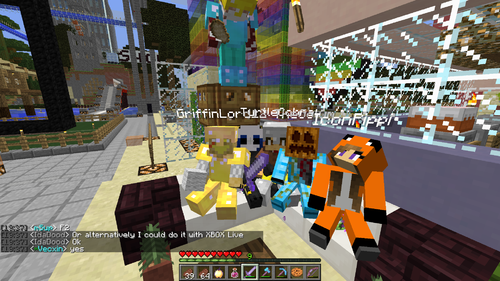 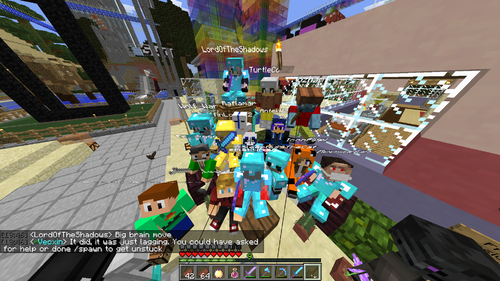 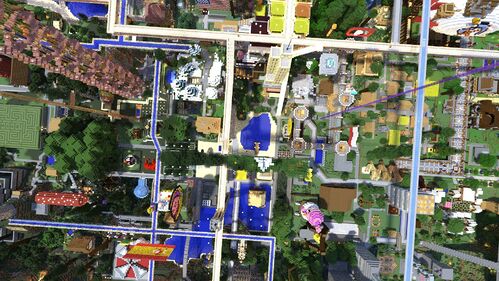 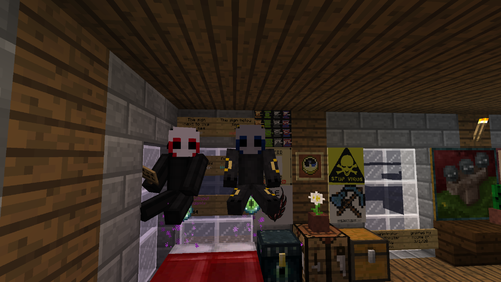 Floating over a bed with 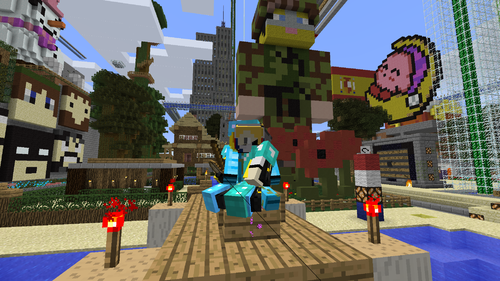 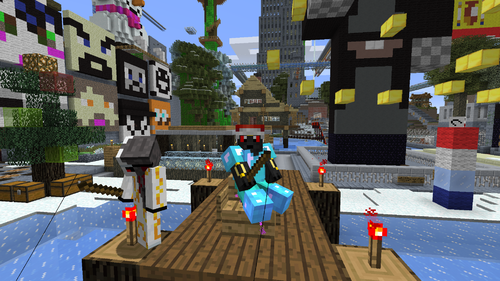 TheGolum at the Christmas spawn! 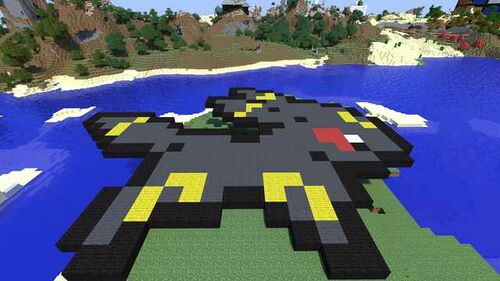 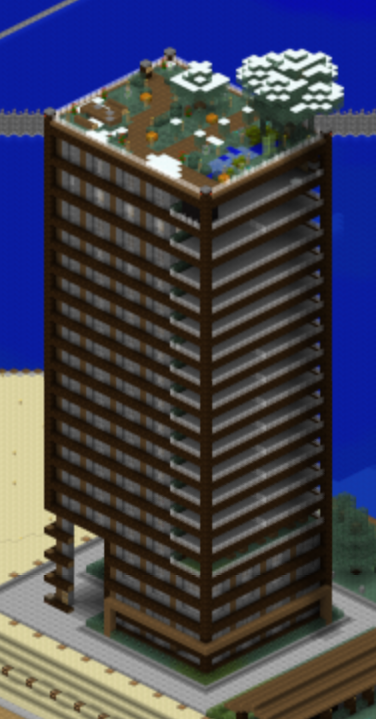 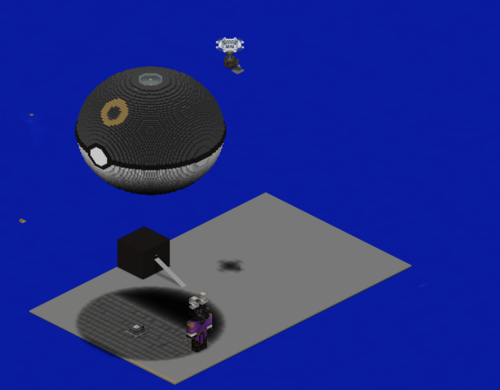 Umbreon's base, featuring a giant Pokéball, a