The Dam was one of the first things that

Although sometimes referred to as the AmpCity Dam, it is in fact nowhere near AmpCity.

The Dam is remarkable for its method of construction. Although it is enormous, it was built entirely by hand with mined materials (at a historical time when moderators could still spawn items). Moreover, the construction of the dam itself is in fact the least of the projects surrounding it - extensive terraforming took place around the construction. The hills to the east and west of the dam are artificial (and are in fact hollow); the entire reservoir is artificial, and bounded at the north by an artificial mountain range.

Some of this terraforming has since become considerably less evident as other player constructions have come to surround the region, and eroded a lot of the artificial countryside.

It could be argued that the Dam is Freedonia's first true megaproject. 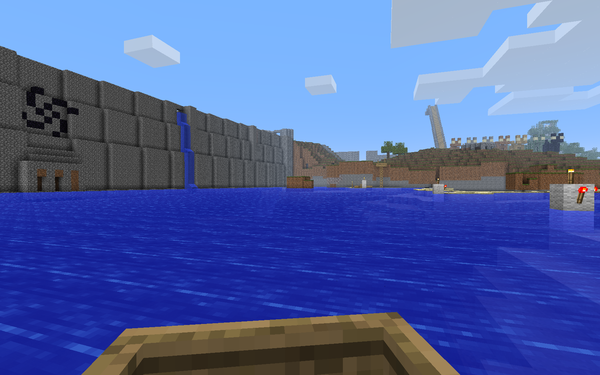