A village consisting of mainly brick buildings. Started in early 2015.

Green Acres was first created on

darkdiplomat's personal server in 2012. Originally being created of brick buildings. Since that time it has been recreated on multiple servers that

darkdiplomat has played on. It has been a tradition to recreate Green Acres in the same style as interest in servers comes and goes.

Today's Green Acres continues the tradition of brick buildings, but also adds a bit of flair by incorporating sandstone and cobblestone into building designs.

Located in the South East around 1400m from Novum Culta.

The nearest warp is that of Novum Culta.

Diplomat Highway stretches from Novum Culta southern walls (near the olympic stadium) around the northern, eastern, and southern sides of Green Acres. It is approximately a 10 minute walk (no sprinting) from end to end. There are some places that are connected to it: Diplomat Farms, Pietoria and Silver Lake.

A Nexus hub was built between 3 and 4 August 2015, connecting Green Acres and the nearby Diplomat Farms to the Nexus Hub - South-East Yellow 1 Getting to Green Acres from the Central Nexus requires going through South East Hub 1 then onto the pad leading to Green Acres.

Located on the south side of Green Acres, situated off of Riot Thoroughfare and Diplomat Highway 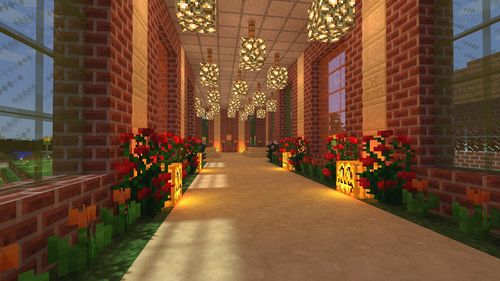 Located at the southeast corner of Valiant Avenue and Main Street. 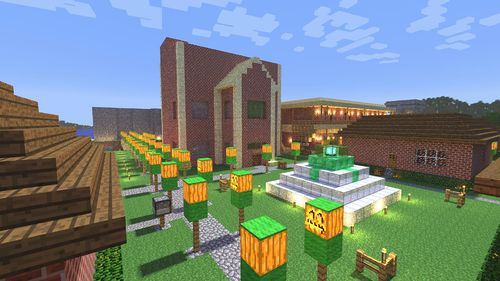 Located next to City Hall on Main Street. 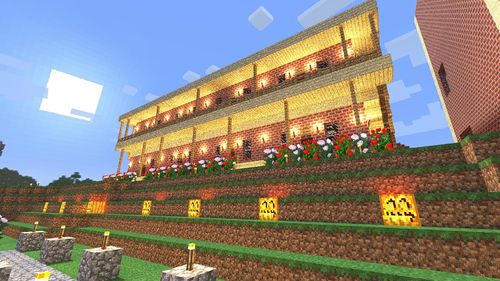 Located at the east end of Valiant Avenue. Used as a place to take unwanted items for use by others rather than just destroying the said items.