Drathus is just this guy, ya'know?

Slowly aging (one day at a time) code hack who enjoys MineCraft for it's zany fun and the logic that need be applied in the constructions.

While kind and friendly he does not take kindly to requests which are lacking in politeness. He has also started to develop the same habits of Two-Face and deciding if he should help or hinder by the flip of a coin. 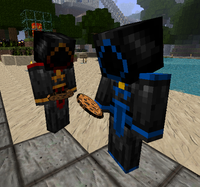 Drathus42 (in blue) and his Evil Twin 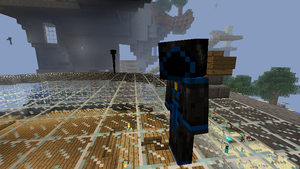 Drathus, on top of the Visitor Centre
Retrieved from ‘https://minecraftonline.com/w/index.php?title=User:Drathus42&oldid=50946’
Categories:
Hidden category: