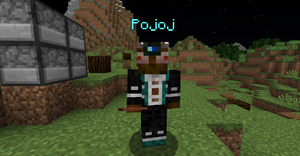 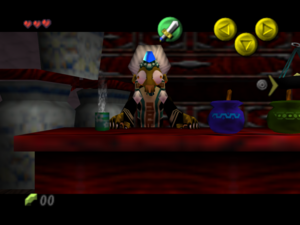 Kotake at the Magic Hag's Potion Shop. Screen capture from The Legend of Zelda: Majora's Mask.

Completely loyal to ZetaSSJ, became an officer in Kingdom Z, and sometimes acts on his behalf. ZetaSSJ himself has named Pojoj one of the players in charge of the Kingdom, giving him power to modify walls, borders, roads, plots, and anything the Kingdom has sovereignty and jurisdiction on, including diplomatic relations.

Recently fell on a trap in Mech's Land of Hed Art and became part of their legacy group.

Contrary to no one's belief, my username, Pojoj, has nothing to do with Pojoj Lake in Chiapas, Mexico.

In Spanish, people tend to laugh writing jajaja. On 2010, one of my friends told me it is easier to laugh with O because of the proximity of the J and the O, back when smartphones were not influential, so she always used jojojo when laughing. When I realized it was indeed easier to type jojojo using only one hand, I immediately quit laughing other way. Sometimes I wrote ojojoj, and sometimes a P got in the way before an ojoj. That's how that typo was born: pojoj. And I have been using it since 2010 as my gamertag.

Pojoj AFK spinning at spawn. Made by Lord of the Shadows. 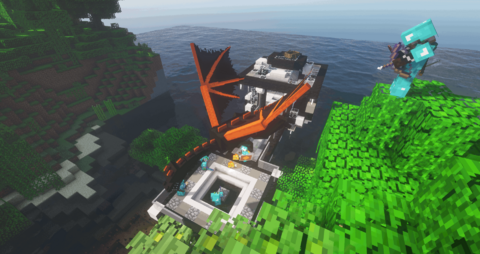