"Lets Get to Work" Fleming

The server's one and only major metal head and genderqueer, Z is known to be crazy and dedicated and wouldn't care if you called Z out on it. Z has worked hard on MCO as a means to do anything and everything to help out while constantly trying to improve Z self. Z takes pride in designing several Resident Evil themed attractions Including a mansion ( Fleming Manor ), several underground labs and is currently working on a massive super project called Delta City.Z puts the server before Z self always and is lurking in irc when not in game.

Now a college grad, Z works part time and looks forward to living by oneself, starting a life. Z now assists in leading the newer mods, taking on a advisory role to them as well as to others, even the admins and regulars. Z takes pride in knowing at the end of the day, someone walked away with a smile on their face because of Z's good.

Recently Zach has made a code for Z'self to follow

As time will go by, Z will update these rules, to make sure Z doesn't make those same mistakes ever. Every time a new issue becomes apparent it is added to this list as a reminder to Z. It has helped a great deal.

If fleming was a girl 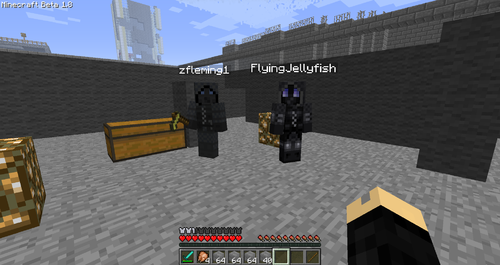 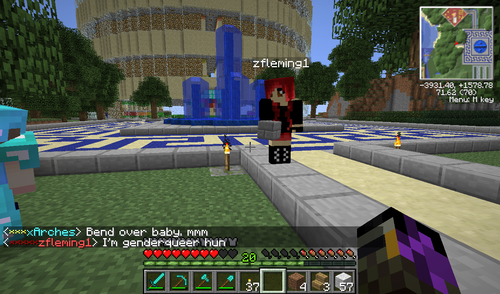