The Obsidian Palace is Freedonia's largest hand-mined Obsidian structure.[dubious] It was built by and for the glory of

Since it consists almost entirely of Obsidian, it is also most likely one of the grief-safest buildings in the world.

The Palace currently consists of roughly 12,000 blocks of Obsidian, which took several weeks to mine. However, it will be continuously expanded and as such will never really be completed until it has consumed the entire world (planning long-term here). The structure is segmented into individual courtyards, which can be added one by one.

The Palace is located in the north-western part of the world on its own island, near the Central Nexus/Project Angel. Visitors are welcome, if you can find it. Now on hiatus forever, due to 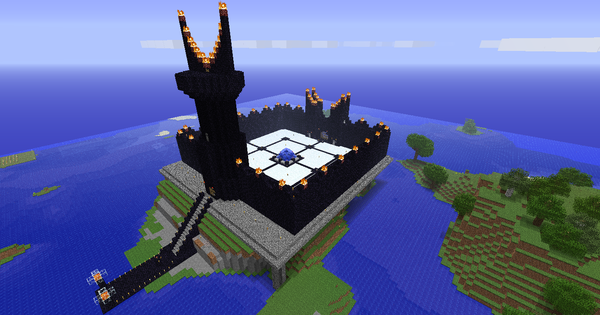