Started as a cobble construction by an anonymous individual, this upstanding gentleman was given a pickaxe, and a tearful expression at a later date, by another author who has chosen to remain anonymous.

The quixotic building has become somewhat iconic of Freedonia to many of the more long-ranging players.

He stands next to the sea on which floats PirateShip, near SkullCastle and the long-abandoned CactusFarm former warp. 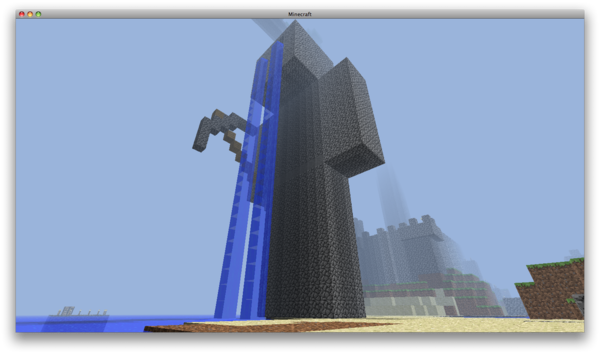 Not far from the feet of the statue is a small pier (approximately where the above screenshot was taken long before boat routes were conceived), which marks the beginning of the red and white SlowRiot boat route to the Central Nexus, passing many well-known places along the way.