Al Wahat (The Oasis) is a desert palace located in the far south of Freedonia. The closest town is JannerVille.

The palace was designed and built by

Machines_Are_Us. First sketches were made in May 2011. The final construction plan was complete on 2 June 2011 and the construction started only a day after.

The building mostly consists of materials found at the construction site, sandstone, sand and stone. Hardest material to get were roses for red color. A big problem was a proper lighting, so the builders had to deal with hordes of monsters. Fortunately this problem could be solved using lightstone after the Nether became accessible.

After completing the overground part of the palace and some furnishing,

Lothendal started to work on an idea he had for one of his first big projects he never put into practice. Even with the big help from contributors and workers it only slowly progressed. Thanks to the hard work of

fmxstick doing over a quarter of the mining within 2 days,

Machines_Are_Us were able to complete this subproject much earlier than expected on 24 July 2011.

The result has been shown only to a few. However, it will be opened to public as soon as another part of the palace underground is finished. 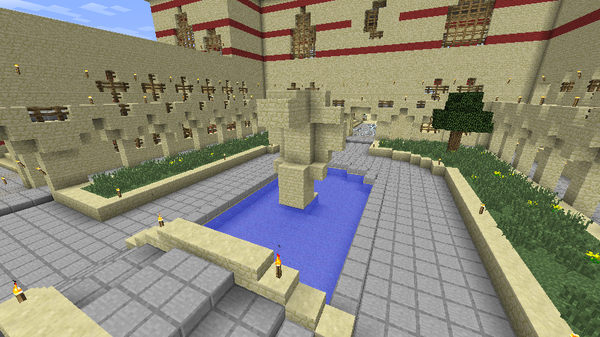 The courtyard features an open pool, the namesake of the oasis, with a bridge. A sandstone cobra sculpture rises menacingly from the water. 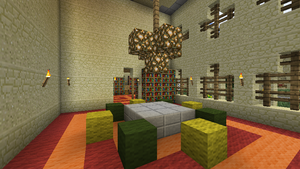 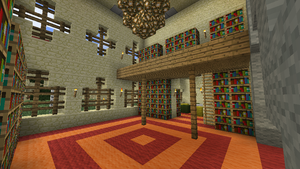 However, as one explores deeper into the building, a darker side emerges. Past the storage cellars, it is possible to enter into deeper regions of the construction.

A pitch-dark maze, infested with zombies, bars the way to the uninitiated. Whether it is intended to keep unwanted visitors out, or the inhabitants in, is unclear. 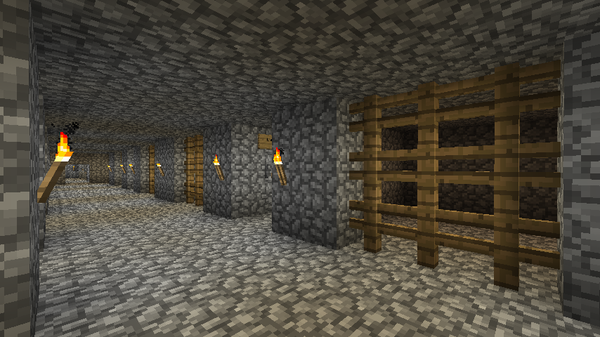 Some of the inhabitants of these cells appear to have been allowed to remain here past their best-before date. Their skin tone has grown decidedly sickly and green. The halls echo with their hungry moans. 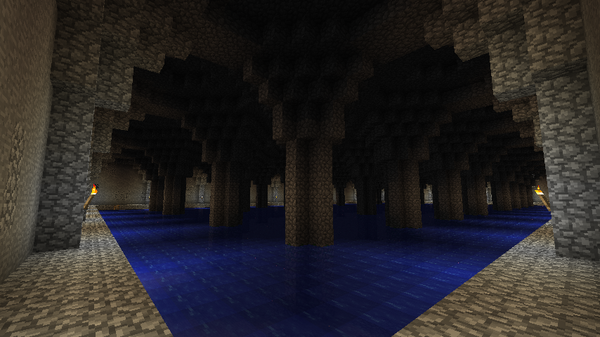 There must be millions of decalitres of water in this vast underground cistern. Perhaps it has been collected by wind traps, for a chill breeze blows through the chamber, hinting at caves deeper yet underground.