Lothendal is a rather quiet being who concentrates on building (or aquiring the material). He also is a lazy writer. You won't ever see him participating in conversations that keep repeating themselfs such as grief discussions.

Lothendal appreciates perfectionism but knows it can never be reached. All of his constructions are subject to ongoing optimization attempts. So all of his buildings have one thing in common. They develop fast but the progress of filling them with details takes much longer.

Lothendal's first big project, a tower in the middle of a big lake, was unmade in the event of the Cacticlysm, when it was half completed. Blue prints still exist. After cooling down he decided to build Lothendal Manor. 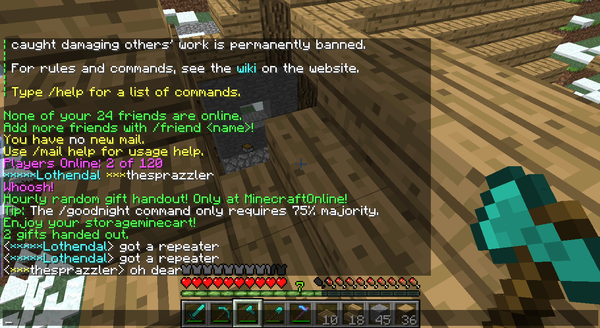