"someone should put a quote on my page" - 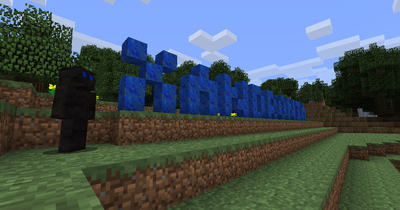 Modesty is one of his greatest virtues.

Loved by some, hated by many, XanderStrike (or simply Xander) is a fun-loving and sarcastic player. Identifiable by his single blue star and obnoxious attitude, you'll always know when he's on. The God of Luck and Fortune, Xander is distinguished among the five Gods for being the only one who won the honor, rather than paying for it. He loves to see what others are working on, and has a special affinity for architecture that is as appealing as it is functional. You can occasionally find him on Teamspeak shouting obscenities and causing mischief.

After playing minecraft for many months alone, one day Xander StumbleUpon'd the MinecraftOnline website and decided to make his mark on this prestigious server. At the time, the area over the hill from HellStarBridge was virgin wilderness, begging to be tamed. After much lonely mining and building, he finally completed his castle. However, outside his high walls the world outside was changing. The view from his towers was no longer of pristine wilderness, and his beautiful forest was constantly being cut down. He decided it was time to move on. 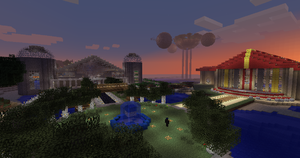 Aided by his trusty compass, Xander set out from his castle heading away from spawn. He walked and walked, climbing over mountains and swimming through oceans, until he finally found a good place to start his mine, and build his dream house: a floating sphere village. It was many more lonely months before there was any easy access to his land, by way of the Freedonia Railway System. By this time, he had long completed his sphere village and moved on to more conventional construction, and begun work on the grand settlement of Xandronia. He lives there to this day, and if you drop by, you might just be lucky enough to find him tinkering with one of his redstone gadgets. To get there, simply take the Green Line to /st XanderStrike. Get comfortable though, it's an 11 minute ride.

On July 1st, 2011, Riot announced ingame that the 500th person to like the MinecraftOnline facebook page would receive a donator-level upgrade. Xander, having no prior knowledge of the facebook group, hopped over and clicked like. Much to everyone's surprise, he was the 500th like and, as he was already an Obsidian Donor, was bumped up to God. 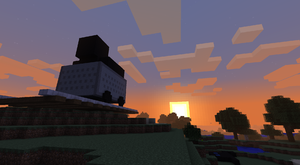 Xander is a fan of minecarts and can occasionally be found riding the FRS.

After a 7 year break between early 2012 and mid 2019, Xander triumphantly returned to Freedonia. Delighted to find most of his structures in tact, he set about discovering (and rediscovering) the many wonders of the map and how it's changed in the intervening years.

A list of items too small to make an article. Feel free to add more items if you find them, I don't really know what I've made at this point

I can't give out spawned items so please don't ask, however my town Xandronia has many open chests full of goodies available to all.

Mods, admins, and Gods may TP to me whenever they want.