The MinecraftOnline.com server has gone through multiple iterations, and is constantly evolving. From the outset it has been hosted on real hardware in data centres, which have had to scale up as the playerbase, size of the world, and overall demand increased.

The old man and the seaweed.

MinecraftOnline.com was started on hemingway within the first hour of Notch releasing the minecraft multiplayer executable. This was an existing production machine, serving several commercial .coms, so the server was able to be run for free on spare capacity.

However, the demands of the memory-hungry java virtual machine rapidly outstripped the meagre amount of RAM available, and a donation system was started in order to allow the renting of a superior system (See Revenant below). Services were migrated to Revenant in May 2011.

Despite being considerably outdated, Hemingway was not decommissioned until January 2013 having continued to run web services uninterrupted throughout that time. 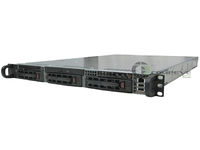 Initially the entire minecraft homedir and world were hosted on a ramdrive (a portion of the RAM sectioned off, emulating a hard drive) which allowed blistering read speeds - however, as simultaneous player numbers rose to an average of 60, memory proved to once more be the limiting factor and the ramdrive was deactivated in order to allocate 7GB of memory to Java, with the remainder being used on the map generator. Revenant was in service and testing from February 2011. Following the creation of Roppongi, Revenant was decommissioned as surplus to requirements in May 2011.

With the further success of the donation system, a class-leading machine was requisitioned, and entered public testing on 22 April 2011. Named for an area in Tokyo famous for its nightlife, Roppongi is most notable for its large allocation of RAM and generous internet connection, which permits MinecraftOnline to have an entirely lag-free capacity of up to 260 players online simultaneously. Roppongi was decommissioned in January 2013, replaced by Renegade.

A more efficient and powerful replacement for Roppongi, building on the previous long-term success of that machine's setup and complementing it with 34% faster processors and 2x faster hard drives, 66% faster RAM with the option to increase capacity in future if necessary, and memory bandwidth approximately twice that of Roppongi. This machine was brought online in January 2013 and retired in October 2014.

Basically the same specifications as Renegade, the upgrade is primarily in considerably increased guaranteed network bandwidth. Since the specifications of Renegade had proved adequate for purpose previously, there has been no need to increase processor or memory specification and minimising cost is a priority. Another motivation for migration was to get away from OVH's consistently poor customer service. This machine was brought online in October 2014.

Exact same specification as Ruthless 1, however the CPU was changed to a different (and slightly less powerful) platform. This was due to a sudden and very large price change. This machine was brought online at some point after October 2014 and was replaced with Republic on January 15 2021.

The people's ascent to MinecraftOnline.

While Republic's influence on Minecraft performance seems to be minimal, players have noted that it has an incredible impact on restart and especially backup times, backups now taking in the order of minutes rather than hours.

MinecraftOnline migrated from Ruthless II to Republic on 15 January, 2021.

In addition to the primary production server, Minecraftonline also uses a variety of dedicated private test servers, for trying out variations on existing software, updates, and other experimental changes that would otherwise prove risky to the main server. 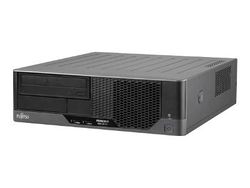 Named after the magical princess character in "Welcome to the NHK", Pururin is a dedicated test server. It is colocated in the same data centre as Roppongi, to permit file transfers at a full 100Mbit/s between the two machines for optimal updating efficiency. This machine hosts several versions of the MinecraftOnline server and is used to try out new plugins, Canary releases, and testing all sorts of additional software and code before unleashing it on the production server. Pururin was brought online on the 22nd of August, 2011 and remained in service at 100% duty without a reboot (totaling over 500 days uninterrupted uptime) until January 2013, when it was replaced by Obrussa. 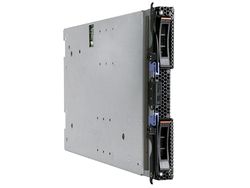 The Touchstone of Ideas.

Named for the latin word "test" or "touchstone", this server is the latest generation testbed for Minecraftonline and Voxelstorm projects, as well as side-projects and private user accounts for irc and web hosting. Upgraded for its considerably faster CPUs, 2x greater memory bandwidth and 50% faster disks than Pururin, this testbed allows superior compile times. In service from January 2013 until October 2014, having accrued over 500 days uninterrupted uptime like Pururin before it.

A multirole server acting as off-site backup for other machines, a high-availability IRC host for multiple users running irssi in screen, as well as the former testing roles VoxelStorm and MinecraftOnline, plus other private user accounts and web hosting. Upgraded for higher RAM and larger disks to increase its flexibility. Launched in October 2014 and in service presently.