<werdnaz> If he dies, I call dibs on his diamonds.

Werdnaz first joined minecraftonline in the beginning of April 2011. Since then, he hasn't really got much done, though he has moved house a few times.

Currently he is "working" on his maze, which he will eventually finish one day, if there weren't so many distractions around, like dungeons or treasure hunts.

Since becoming a mod, he mainly hoards things, the selfish bastard. 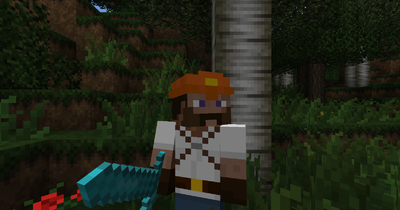 werdnaz in his natural habitat

A day in the life of werdnaz

Things people have said about werdnaz


<Palindrome7> Oh how I've missed the witty repartee in here
<Palindrome7> Especially werd's wit, it makes me feel as though I need a tetanus shot


<werdnaz> Yeah, well I'm a hypocrite, as well as being insane