Little America was constructed from July 25 to July 30, 2016, using vast quantities of dirt to build an island in the shape of the contiguous United States in the ocean just off of Diplomat highway. The highway links Little America to NovumCulta and Green Acres.

In August 2016, Little America started being overrun by mobs. To this end, an anti-mob strategy was introduced to cut down on the numbers of hostile mobs. Jack-o-lanterns were placed all over the island to discourage mob formation. Today, Little America remains largely free of dangerous mobs and is one of the best lit islands in the area.

On February 14, 2017, Little America was linked with the Mushiana boat route. Santa Monica Pier was built for this purpose. 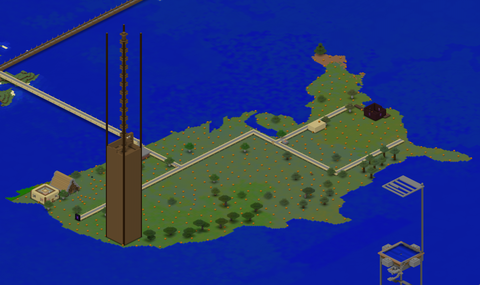 Little America is home to SeaTac house, the home of

greeter29 in Washington. It is also home to greetower built by

JZtech101 in California. A public foundry is also available in the area of Ohio.