A city founded by

Waterboy0048 in the North, near New Haven and the Sky Castle. 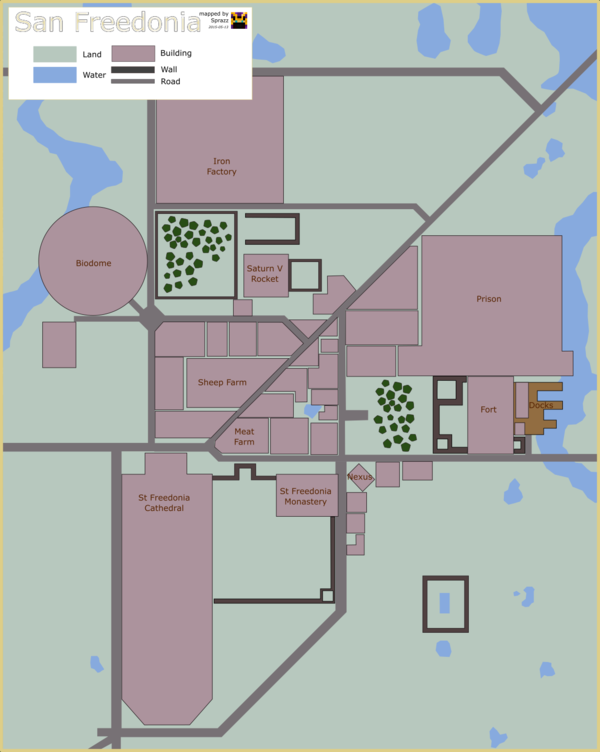 Map of the city

San Freedonia can trace its origins back to July of 2012, as

One day, while adding to the town, a great railway was found to cross over an area to the west. In the hope of one day connecting San Freedonia to the larger outside world, a great tower was constructed up to meet the railway. However, the dream was short-lived as the railway one day had disappeared. With no purpose, the tower was scheduled for demolition. However, rumor has it that the tower was repurposed and used to dig out an air-shaft to a secret base deep under the city. This is completely rumor though and should not be believed.

The town is connected to the outside world though other means though. First, it is the Southern most point on the Great Frozen Road Network of the Northern waste. Second, it is connected to the Nexus network, coming into the town at an intersection beside the ancient monastery. (It is actually the opinion of Water that this is the easiest stop on the Nexus network from Spawn as all one needs to do is enter the nexus pad at spawn, and keep going straight as you pass though the hubs until you reach the last one then look to the first pad on the left.)