SnappyMuppetman joined McO on May 2011. McO was, To his extremely poor memory, the very first server he ever played...and to this day, the only server he plays on in Minecraft. On his first day, He found a nice little spot and built a little wood shack and stayed in the little shack to gather enough Noobstone (Cobblestone) and built a Noobstatue (Crappy cobblestone statue of himselft). He then shortly realised his Noobishness and moved on...to this day, the Noobstatue stands tall as a warning to himself, others, that Cobblestone sucks as a decorative block for building. 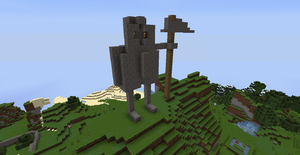 Wish to fight a Wither Boss? Lack the material to create it? Don't have a safe location for it? Why not Challenge the Wither!. Myself,

SnappyMuppetman, hosts events every now and then, or by request, where you can fight a Wither Boss AND get the star, if you meet set requires (yet to be decided). Other prizes will be included along with armour, swords, bows and beds for re-spawn

On the 16th of March, 2013, Myself, SnappyMuppetman, was promoted by

The_Jackal_249 to the position of Grand Umpire of Pigchinko (GUP) for reasons of keeping the game alive. The announcement came after myself, Snappy, planned Pigchinko game in honour of Saint Patricks Day (Though the game is hosted the night before do to family issues).

New game created for all to play :D 'Hide & Seek!' is a game which involves ONE written book that is placed somewhere in freedonia for players to search and find. The book can be found it Chests, Dispensers, furnaces and Droppers. Upon finding said book, contact SnappyMuppetman via "/mail send SnappyMuppetman I found the book at [co-ords]"...after doing so, keep the book safe! put it in an Enderchest and wait for your prize :D

Keep an eye out for the Hide & Seek advertisements in-game! 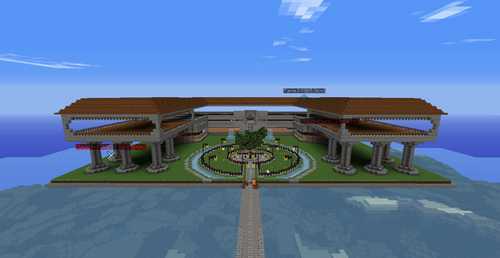