MinecraftOnline has a great number of modifications over the vanilla Minecraft server, and as such maintains a large custom codebase. Occasionally, as with any code, bugs crop up. To make the process of locating these bugs and fixing them easier, MinecraftOnline maintains a list of bug trackers for each component of its software.

The developers of MinecraftOnline encourage players to report any and all bugs they encounter. To encourage timely reporting of bugs, vote tokens will be award to bugs players find based on the bug's severity.

Before you report a bug, search on the GitLab issue tracker to make sure it has not already been reported. If you see that a bug report for your issue already exists, it is encouraged that you provide any new information you can for it.

Next, please make sure you are actually reporting a bug. Suggestions about server builds like spawn and the rules hall, and problems with wiki pages do not belong on the bug tracker. If you have concerns like those, please send an email with your thoughts to feedback@minecraft.com instead. Similarly, we do not accept bugs involving your client, unless you suspect these issues being caused by the server (for example, texture glitches in Optifine are client-side.) If you are unsure, make the bug report and allow the developers to make that determination. They don't bite!

How to report bugs

To report a bug, please post in the catch-all issue tracker or if the correct issue tracker listed below if you know what is causing the bug, making sure to include all relevant details:

You can use the template Mojang uses for their issue tracking if you would like. Here are some excellent bug reporting examples from Mojang's issue tracker.

Using labels, each issue can be set to a priority, please mark them appropriately following these guidelines:

Please include any other labels you think are relevant. A developer will double-check your work, so don't be too concerned about getting it right.

A developer will try to confirm an issue after it is reported. Then it will be moved to the specific project that the bug involves. When the developers finds out that it is a bug, a Confirmed label will be added onto the issue. It is at this point that you will be awarded vote tokens if applicable.Please watch your issue to see if the developer handling it or other users ask you questions! Many minor bugs will not be immediately prioritized, so don't be surprised if fixing the bug takes some time. 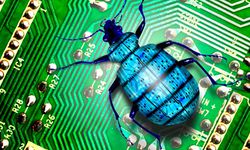 The following specific bug trackers are available for issues connected with individual plugin components. If you know what component your bug is caused by, please post directly on the issue tracker for that component below. Otherwise, use the catch-all issue tracker above. 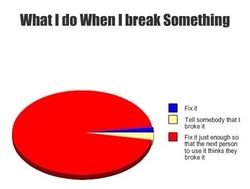 The following bug trackers are for internal administration; you are unlikely to encounter bugs with them directly but they are listed here for completeness:

If a bug is not associated with any specific plugins or exec extensions, but does not occur in vanilla, it may be a bug in Sponge. Reporting issues here should be considered a last resort, unless a developer is confident that it really is Sponge at fault.