Maid Express is an organisation founded by

Maidy_Yuki the 26th January 2022, This organisation is specialized in Railway lines and train stations

The organisation has built 1 railway line and 2 stations

This line content 1 reversible track with a length of around 700m and 2 underground station. the color of this line is Lime 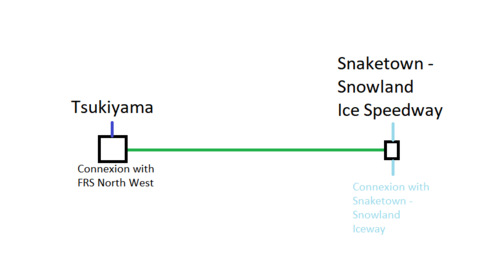 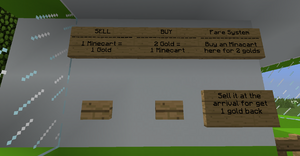 On Maid Express Networks, there are not tickets systems, no station names, or CartLaunch Blocks, Départure is made with a button who activate powered rails.

But the organisation collect an using tax when the network is used with an "Minecart Rental System". Players can buy in any station of the network a minecart for 2 golds, and sell it to his arrival station for get 1 gold back, so a trip on the network cost 1 gold to the passenger

The Green Line have 2 possibillity of extension planned, one to the North East to two base own by unknows players. And one to the South for connecting the isolated house of

RickTheMadLad69, but these section will be not built without an authorisation of structures owners

Ownagecat and other members of the city

cuecue2027 city, the connexion between the two part will be made temporary with the Ice Road

Maid Express offers Subway building service to cities who want a network on her lands with theses fares: