Snaketown is an infamous city in MCO that was founded in 2017, and is controlled by the Gaylord of Snaketown,

snakyman. It is the diplomatic center of Freedonia due to Shatlantis, and is one of the most populated cities in the server, with over 90 builders at the time of writing. It is based off of a grid system and is located next to the southwest corner of Forrrest. The city is built behind Snake's Mansion, the first house of

snakyman. All users are allowed to claim one plot, but by claiming the plot, they agree to the town rules (located on the back of Snake's Mansion). The city is linked to the nearby Numington Town and The Sol Tunnels via the nether, and is connected to

bloo_noodle's highway and the Great Northwestern Highway, and with the Nexus Purple 3. Snaketown is the capital of BenEm and the United States of Bedrocco. It was founded as a small town with a few small houses, but has progressed into a city, and now has many high-rise buildings and large builds. The city had a network of tunnels and builds connected to the Shatlantis complex known as the Undercity. Snaketown was not planned very well, and after creating this atrocity, he has repaid his debt to society by creating Newport.

snakyman has the authority to modify builds. The main city staff is

TECHNOFIZZ1406, who also has permission to edit builds. This is because after the EPU griefs, admins allowed the city staff to edit all of the city themselves. The nexus link is Purple 3.

Snake's Mansion is the house of

snakyman. It was home to the legendary Chest That Kicks You When You Open It. It is a large 3 story building connected to Forrrest by a farm. Its first floor has the Snaketown Visitor center. The rest is

snakyman's private residence. The main plot area is located behind It. It was the first part of Snaketown -

snakyman decided to make the town after he had already constructed his house.

Snaketown is located on the Southwest corner of the warp Forrrest (we stress that Forrrest is not for gathering wood to our citizens). It is in the Northwest ocean, and can be accessed by a tunnel from the Forrrest entrance.

The "premium" plots in Snaketown are large circular grass filled plots highly elevated above sea level. You can get one if

snakyman. It will no longer be expanded upon due to lack of space.

This is the first part of Snaketown. It is made behind Snake's Mansion, and has 9x9 birch plots. It is the center of activity in the city. It will most likely not be expanded upon. On September 19, 2019, the gaps in between the plots were filled up with grass to give the city a more natural look. This part of the city has never had high build quality, and is a combination of tons of build themes and types. If you look at it all together, it is kind of a nightmare hellscape, however, I urge you to look at the uniqueness of each of the builds (even the wooden huts) to see how its a pretty cool collection of builds.

This is the new area of the town with 11x11 spruce plots with grass and leaves surrounding them. At the end of it is the Tower of Babyl 2.0, a condo tower (currently being built).

TECHNOFIZZ1406 are turning all of the surface blocks into melon blocks. Both Park Island and Melon Island are accessible through Industry Island. There is also an island that has Snakyman Holding A Giant Salami. The city also owns the Isle of Snak.

Covenant is a build started by

TECHNOFIZZ1406. It is sort of a castle, with walls encasing a cliff and some farms. Nothing much was built inside, and while techno was banned, a new (new) plot area was built behind it.

snakyman has moved away from developing Snaketown to pursue Newport. Snaketown is still used as a main way to get to many settlements in the new 1.12 expansion, with many new roads and boat routes popping up in the west part of the city.

snakyman still uses Industry Island as a source for materials, and Shatlantis is still in operation, and continues to be expanded upon to build the Undercity. Other than that, the city is pretty dead, mostly visited to see the extensive history of the city.

Snaketown has seen lots of grief from

The_Angry_Baron (he initially claimed that his sister did it, but many months later revealed himself as an alt of the infamous

lemons222, even though at first, he was thought to be

api448) struck Snaketown with a massive grief attack, filling the town with lava and building a swastika in the town Square. This event was first documented by

1MrPenguin with no evidence. After few minutes,

IvanLeshev came and took screenshots of the grief. BenEm Meeting Center and Industry Island remained untouched thanks to the nature of the grief. On October 20, 2018,

Githis's 'EPU' struck the entire server. Many Nexus hubs were destroyed, knocking most of the links to towns offline. There were several locations griefed, such as Obernai, Freedoninsk, Jimmyville, Drocata Swamp, and Lava Town. (covered in water and turned to cobble town). But of course, Snaketown was griefed too, and it got the worst of it.

Lemonaid Town was an attempt by

lemons222 to surround Snaketown, similar to what happened in N-Town and Project MOON.

lemons222 was eventually banned, but his deputy mayor

1posa1 continued to expand it and try to make it an actual town. This angered

Avanlance, and since Avanlance had permissions to the town, he built a wall to prevent expansion. They then called on an admin, who gave them ownership of the town, and most of the town was removed. Today, it is owned by

Lots of these pics need to be updated

Here is a housing chart. Only one plot of multiple-plot builds will be listed. 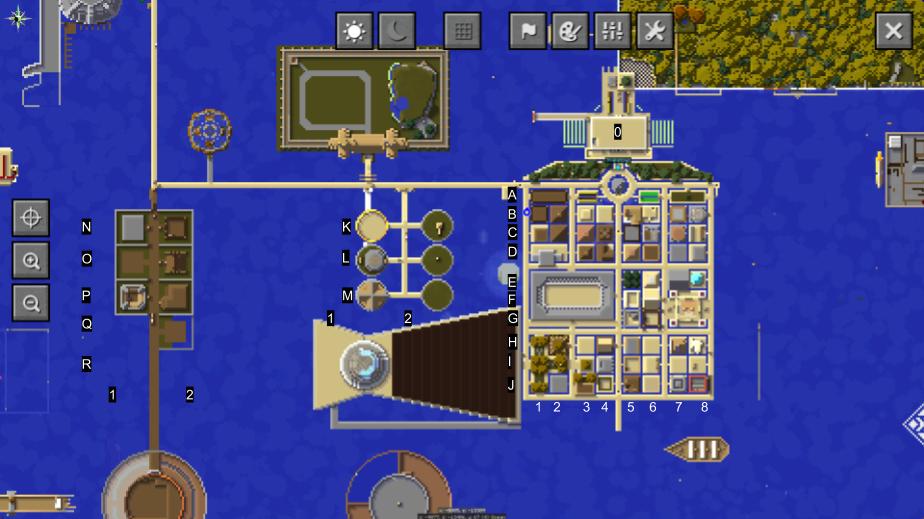