Welcome to Aurum City. Aurum City is located roughly 2000 blocks away from the North 2 Borderlands Hub. The city is still very new, only buildings that have been fully designed and approved may be built to ensure the city fits the futuristic/cyberpunk theme.

The City Center is currently scheduled for demolition. 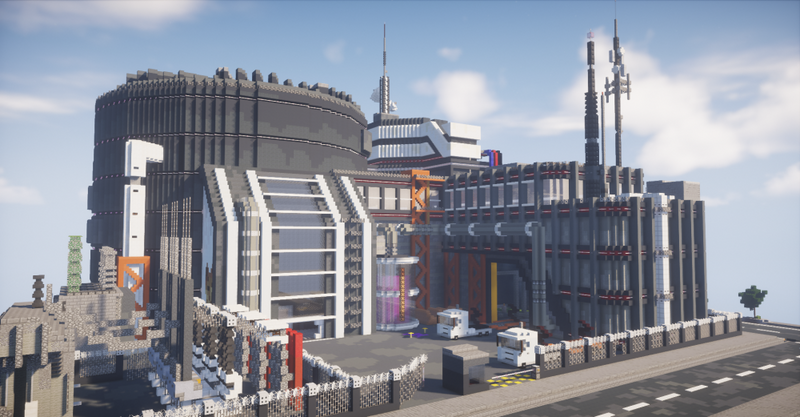 A picture of the GOLDCORP Megafactory

The GOLDCORP Megafactory was constructed to give the city's gold farm an exterior. The designing took 2 months and 9 days to make a schematic, and the building took nearly one month. Including the obsidian for the gold farm the build uses well over 175 000 blocks. People that helped construct the build are:

miaoler who mined nearly all 25 000 obsidian required for the gold farm. The shape of the obsidian cylinder is based on a design by ilmango, but the mechanism to collect EXP and gold fully automatically and the design of the building is an original design by

Azeur. This building is where the nexus is located and it is currently the main attraction of the city, since it is the only place on the server you can collect EXP or fix your tools fully automatically. Since it is automatic a player can AFK anywhere near the farm and it will work without causing pigmen to stack up unlike all other gold farms on the server. This design means the farm causes minimal lag and has no noticeable effect on the TPS.

A gif of the GOLDCORP Megafactory being constructed (click to open)

Aurum City can be accessed via the Pink 2 Nexus Hub. This will take you directly to the gold/EXP grinder.

The road from the Pink 2 Borderlands Nexus to Aurum City was finished on the 18/07/2022, shortly before the FRS Station was completed by

On the 18/07/2022 Aurum City received a Nexus Pad from the Pink 2 Nexus Hub. Other forms of transport are currently planned.

Azeur decided to start a city after finding a very flat plains biome at X: 16200 Z: 11500. After placing a few hundred torches he decided he didn't like the location and decided to move it. Breaking the torches was boring so a perms sign was left for anyone to claim ownership of them - this area was claimed by

txkeykeeper and the United Texas Coalition.

After searching the online map for the largest plains biome he could find the new location was chosen. The first block (an enderchest) was placed on the 5th of March, 2022. 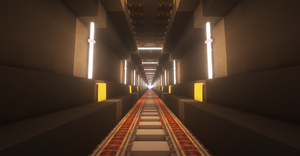 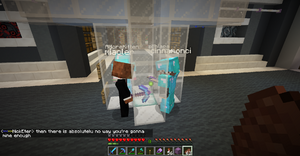 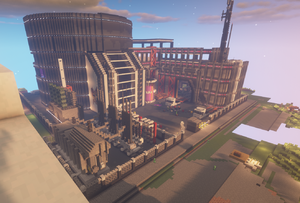 A progress pic of the GOLDCORP Megafactory during construction
Retrieved from ‘https://minecraftonline.com/w/index.php?title=Aurum_City&oldid=79771’
Categories: