"I banned him cause he pointed out I was a virgin" -

"It is kinda annoying" -

One of the features that marks out MinecraftOnline as a unique server is that players all have Absolute Freedom Of Speech. Minecraft is a deeply social game, and MinecraftOnline embraces this fact with multiple connected means of holding conversations - IRC, TeamSpeak, Facebook, this wiki, staff chat channels, private messaging, as well as in-game chat. In order to make the most of these linked methods of communication, the server philosophy places a great deal of emphasis on freedom of speech and freedom of expression. 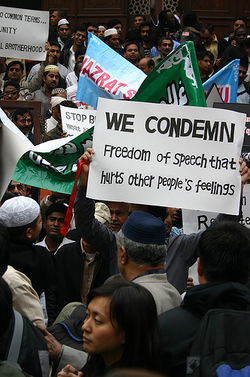 No limits on in-game discussion

There is no obligation or pressure to remain "on topic" in chat. Furthermore, nothing that a player can type in public chat (aside from the exceptions given below) can result in a ban or any form of official reprimand. You will not be banned for anything you say, aside from spamming. This includes but is not limited to:

Debates on religion and politics are encouraged. Trolling is perfectly acceptable, and has been honed to a fine art. Insulting the admins and moderators team is fine. No topic is taboo.

According to MCO's definitions, it is not. For lack of a better term, MCO uses "Bullying" to refer to what is often called "camping" in PvP environments. MCO's "bullying" term does not refer to ingame speech in any way.

Freedom of speech does not mean freedom from consequences.

While you will not be kicked, banned, muted or have your gameplay limited in any way as a result of what you say in chat, it is worth bearing in mind that all members of the server also have free right of action, and PVP - moderators and admins included. Do not assume that just because free speech is encouraged, being intentionally offensive won't make you any personal enemies.

Intentionally being insulting or offensive will be treated as an open invitation to PvP, and as such will not be protected by rules against PvP "bullying", since you will be considered to have invited it. So long as you continue being offensive, other players are free to respond with PvP. 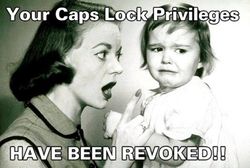 Of course, there have to be some controls in place, in order to maintain the equal possibility of orderly communication for everyone. As a result, while you do have freedom of speech in game, not everything you can do with your keyboard counts as speech... and not every channel by which you can communicate with server members counts as in-game.

Spam refers to making repeated chat entries of a malicious nature, either by repeating the same line or entering nonsense into the terminal. It is considered intentional disruption of free communication amongst players, and as such is not tolerated. A more comprehensive definition of spam is included in the spam page. However, the bottom line is that there is no predefined limit on what counts as spam - it is a matter of moderator discretion. If a player is disrupting communication by spamming, they will be asked to desist, once. If they do not immediately comply, they will be removed from the server.

Advertising which is not repetitive does not need to fall under spam. Even advertising competing servers in public chat is tolerated, as long as it does not cause disruption of communication.

For more info, see the page on spam.

While there is in-game free speech, this does not apply to builds that appear on the live map. The server is hosted in Germany, in which displaying swastikas or NSFW content without restrictions is illegal. Thus builds which display such content on the livemap will be either removed from the livemap or deleted completely. Additionally, swastikas in any location will be removed for the same reason.

Individuals nominated as representing the server, most notably admins and moderators, are expected to express themselves in line with server policy. When these individuals speak publicly, wearing a coloured name in chat, they speak for the server - so it is important that their modes of self-expression as well as the opinions they express do not contradict official server attitudes and policies. As a result, moderators and admins have their freedom of speech limited. However, a moderator or admin will never be banned for doing what the above states - they will only be reverted back to a normal player.

This says nothing about what opinions a moderator or admin may hold and express in private, or in non-game channels; in fact diversity and dissent are encouraged, as that is what encourages a vibrant community. Freedom of expression is also encouraged - but this exception exists to ensure there can be no miscommunication of the server's intents or policies due to players taking a moderator's personal opinion as an official statement. 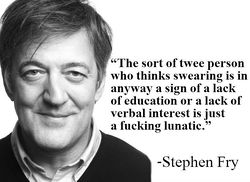 In addition to in-game chat, players may also converse in the following ways:

Each of these communication channels are moderated separately of the game itself, and each have their own etiquette and expectations, depending on the possible modes of action available on those channels. They all have one feature in common: they are public channels that offer a degree of anonymity, and cannot be linked to a specific minecraft account. As a result, there is no free speech outside the game. Different moderators in each communication channel may make different judgements on what to permit and what to reject. Falling foul of these may lead to temporary removal, or even permanent exclusion from that communications medium. These more fluid rules are necessary to limit the potential for abuse of such anonymous communications channels.

However, any such exclusion will not impact your in-game account in any way. Even if you are banned from IRC and TeamSpeak, your right to free speech in game will not be affected.

From time to time, especially if you are a new player, you may be asked a question by a moderator checking for grief, along the lines of "is this your house?" In such cases, it is generally considered wise to respond in a timely manner, as there is a chance you are being investigated under suspicion of grief. Don't take this personally - it happens to everyone when they're new in the course of building; it is a moderator's duty to investigate every alert they are presented with from an unfamiliar name. The upshot is that if you do not respond reasonably when questioned about your actions, the investigating moderator may assume malicious intent, which could hasten the possibility of a ban.

As a result, server policy is that you have an official "obligation to respond" when asked a relevant formal question by a member of staff. Ultimately, it's simply common sense.