Smithy087 is well known in the surrounding area of Watershire for being the original inhabitant, before the Commercial district kicked off.

He is a loyal member, and one of the co-founders of the famous clan, The Bandits.

He likes to call himself the 'God of Watershire' and appreciates that his self,

Shortly after the beautiful birth of Freedonia, Smithy087 (a.k.a Smithy) decided to see how long he and his good friend

Kingcammy150 could travel from spawn to start building his lovely home. After about 30 minutes of constant travel, he found the perfect location: desolate surroundings; dense forest; beautiful view of the ocean; huge snowy mountains; and a lovely beach.

As the sun began to fall, he decided to build a tiny shelter to keep his group safe from the wicked monsters.

Morning sprung upon the crooked shelter, and Smithy set off to work. The foundations were quickly placed with a plain mahogany theme, and the fencing for the two cliff edges were also placed.

The house began to gradually come together, after finally struggling to get the roof finally fitted. Since the surroundings were so gorgeous, Smithy decided to build downwards and then outwards, instead of ruining the scenery.

The final masterpiece that now stands as a monarch overlooking Watershire, is deemed sacred and holy. Anyone who has the courage to attempt a robbery or to vandalise it will be smited with the power of Smithy himself (and the lovely Admins and mods!)

Smithy is a 3-star donor (iron kit) and will eventually become a 5-star as his love for Freedonia grows. He loves to help the new players find their way around the massive world, and regrets not being one of the co-builders of the Visitor Centre.

In short, Smithy is a wannabe mod, and loves the feeling he gets when helping a fellow player out. One fine example of his kindness is when he saved a young traveler by the name

Reichisaurus found herself lost in the wild outside Watershire. As Smithy caught up with her, he brought her to his cosy home for a nice cup of tea as the evil of darkness unfolded itself outside. Once dawn approached, Smithy gave her all he could afford so that she would not struggle in the great task of building her own home before the light of day ran out. She is now more than welcome to Smithy's belongings, and they will be close friends and partners for a long time.

Shorly after, Reichi built her house on the coast joining Smithys house, and there lighted paths join together and lead to

Kingcammy150 home. There is also a small underground railway track (which a very small part of it can be seen from the Watershire spawn area, surrounded by glass) which joins all three of their houses as well. 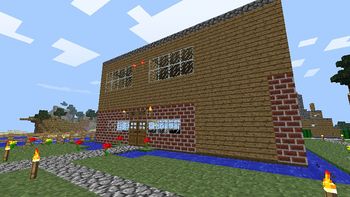 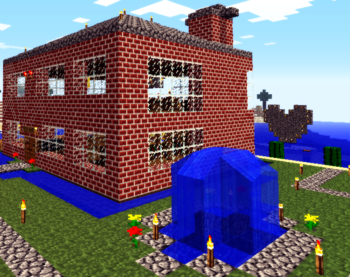 The house he built, onlooking Watershire 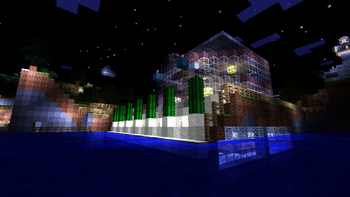 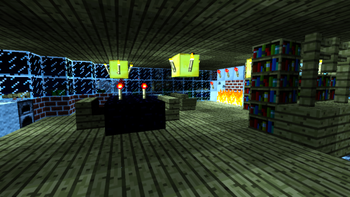 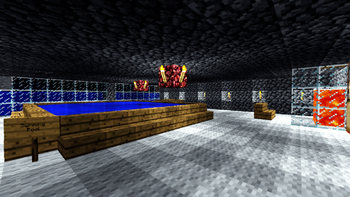 The famous house that overlooks the vastness of Watershire is open to anyone who wishes to visit. He occupies the house and continues to work on his build whenever he is logged on. No one without permission may enter his massive lock-up containing all his belongings.

He has just finished constructing a small road leading to the main motorway which passes by the area of Watershire, so that more people can visit his home. Also, newly added to the main road is a welcoming The Highway Café that Smithy087 and

Kingcammy150 built! The next goal is to convert the walls to brick, as seen in the photo. Any help in this project would be greatly appreciated.

If you wish to contact him, then he will be on IRC under the obvious alias of 'Smithy087'. You could also leave a sign in his home if you wish.