Trexlergrad is a "communist" state which rules in the northwest corner of Freedonia. Trexlergrad was founded on January 12th 2020 by

RedTrexler the Greatest Dictator of all time.

Trexlergrad is a young "communist" state, ruled by the merciless RedTrexler. While the island state is budding and inexperienced in Freedonian politics, it has still managed to build an interesting history.

The start of Trexlergrad was small, it took a very long time for those interested to arrive, with most using admins and moderators to get there. the first of many builds included a few small houses, a castle, a potato farm, a bridge and a statue of the letter B.

During a peaceful evening the 20. of January 2020. The citizens currently outside in Trexlergard was caught off guard when a sudden wither appeared. While the unforseen wither claimed a few player lives, it was soon itself slew. Quick to point fingers, the citizens began arguing amongst themself trying to find out who summoned this wither. Amidst the confusion and arguing several new withers were summoned. It was apparent the dispute would have to wait until the remaining withers were slain.

The hours became long, and our now heroes grew tired. The onslaught of Withers seemed endless. While hope was all but gone, the onslaught too ended. Rather anticlimactically, the withers that was a few minutes invading Trexlergrad, had now seized to attack. The initial arguing resumed, but our heroes came to no conclusion. A few conspiracies arose, but none confirmed. One might suggest

snthy for summoning them, as he bears the head of a wither as his own. Alas, He was too busy fighting the withers to summon them. Evidence has surfaced showing persuading proof

WaffleNomster stood behind the attacks. However, the individual raising this evidence has since disappeared from Freedonia.

RedTrexler mustered a crusade of Trexlergradians and other players alike. A crusade to rid spawn of newlings.

The Ban of Our Glorious Leader

Unfortunately the so called great leader RedTrexler was banned on february 1st 2020 for assisting grief. Without its leader present, Trexlergrad fell under the rule of the eerie Admins. For two days and two nights, Trexlergrad was a ghost town. No one could build in the town as it would be deemed grief. Then, on the third day. A new leader emerged,

Under the rule of our new leader, an Oligarchy emerged. To prevent our great City from becoming a ghost town once again, a council was selected. This Council included our new leader aswell as all our previous staff members. By granting more power to trusted citizens, our city will never fall.

The following players have signed the contract granting them citizenship to the great island state.

Trexlergrad is not the easiest town to reach. It is situated in the far north-eastern corner of Freedonia. Trexlergrad has employed taxi drivers, that can bring you there. If not, Forrrest houses a Warp only 3000 blocks away, from here you can travel by our ice highway taking you quickly to Trexlergrad.

The 2nd day of Trexlergrad. Were building the town! 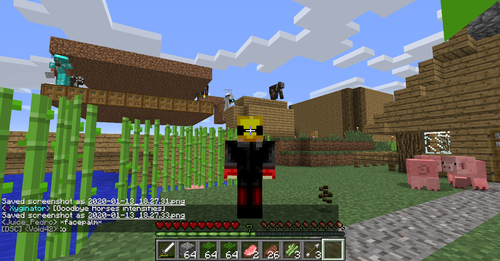 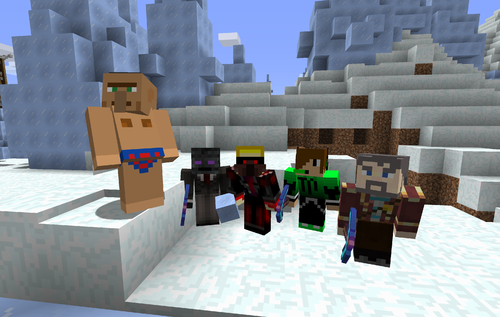