Welcome to Cosmic City, where there are lots of things to do and be a part of! You can help people with their builds or houses, or you can start your own build or make your own house. Don't forget, you're always welcome to visit the Peace Garden or use the public farms! So, join us and help us become a huge civilization! Join the discord at https://discord.gg/SSWV6fJ

The idea of Cosmic City was made by

KamdenMC, who then founded it and quickly gained help from

Maxercrafter. After this, Cosmic City was quickly followed by many others. It is located in the south nexus. It was founded on July 3rd, 2017. The town has been steadily growing, even in the absence of

KamdenMC, who was banned after he accidentaly broke a torch and went afk.

Maxercrafter stepped up to take full leadership of the city (until Kamden would come back). They invite new players and decide which houses can stay. 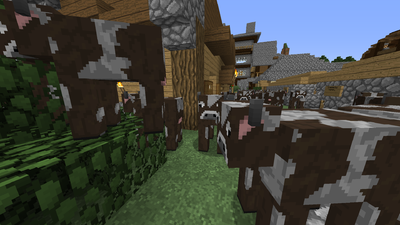 The aftermath of the Great Cowsplosion of August 3, 2017.

The Great Cowslposion happened mid day August 3, 2017. It happened when

YesEyebrows broke a few blocks of the cow grinder. All the cows exploded out of the side and filled the city. Later,

ScarClaw72 banned the player for breaking a diamond block. Going to investigate,

Adalex3 found the diamond block item and a few other items washed around by the water that leaked out. He quickly put the diamond block back and sealed up the water. It would be almost impossible to put the cows back in the cow farm, so they were left to roam Cosmic City. Some suggested that the name be changed to Cow City because of all the cows. 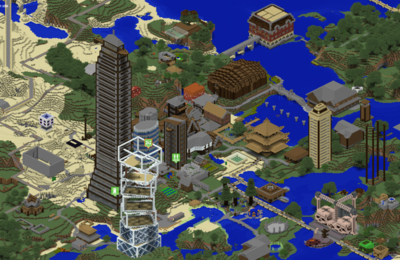 An overview of Cosmic City. 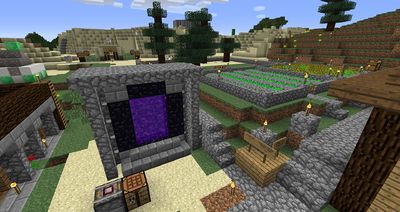 The nether portal, graciously built by 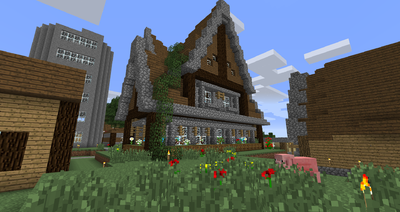 The most beautiful house inside of Cosmic City build by Masterbuilder 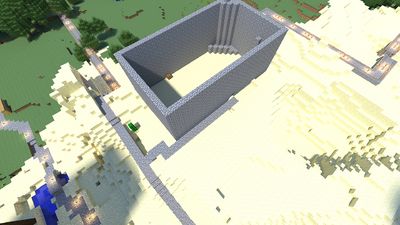 The first build of

PekkaPlays that made all the staff cringe so hard they created the ShitStrict. 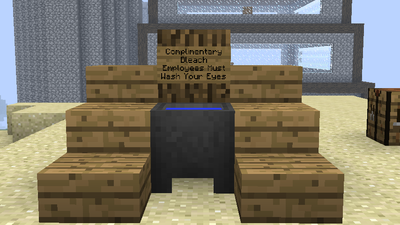 Complimentary bleach eye-wash station for visitors to the shit strict to clean what horrors they witness. 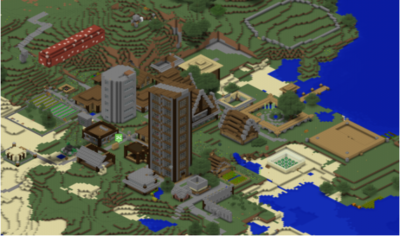 An overview of Cosmic City in the past.

(This hasn't been updated in awhile.)

If you see your name on this list, you are not welcome in any land owned by Cosmic City. If you come in Cosmic City, you will be killed and possibly banned from the server.

What Our Staff Can Do

The owners can kick players out of the town (for a good reason), and they can remove everything they have done in the city (including houses, builds, etc.) . The owners can also break any unneeded blocks/torches around the city.

Congress Members (CM) can request player-kicks to owners and (like owners) can break unneeded blocks/torches.

How We Kick Players

If an owner or CM wants to accuse a player of breaking the "rules" of Cosmic City, they can bring them to the Court House located on the third floor of The Fortici Tower. There they will decide if the player is banished or not.

Classic Cosmic is where Cosmic City's first buildings and houses were made. It has the nether portal, farms, The Mick Tower Hotel, etc.

Spruce Village is home to many players and amazing houses. Some of the players that live there are :

Port Cosmic is a very nice port village that is home to the Peace Garden and many other houses and establishments.

The North District is currently home to (only)

Bloodybather and has a big future ahead of it. It is currently filled with trees for some reason.

The West District was made 7/28/17, it has a fishing station and a few open plots for building on.

Down Town Cosmic is home to the Observation Platform, The Mick Tower Hotel, The Fortici Tower, etc. It also has many homes and other establishments.

The District made of builds that were so laughably shitty they had to be put on display and immortalized.

There are currently 22 homes in Cosmic City!

Join us on Discord!