Due to the popularity of MinecraftOnline, over the time it's been running, several clone servers have sprung up that aim to emulate some of the features that make MCO and Freedonia unique. It is often said that imitation is the sincerest form of flattery; therefore this page aims to explore, catalogue, and celebrate some of these duplications.

The server never really got off the ground. After an intense backlash in public opinion as a result of the revelation of the criminal intentions of the initiators, as well as the breakdown of some of their plans, the people involved lost interest. The main participants eventually claimed to have moved on, and 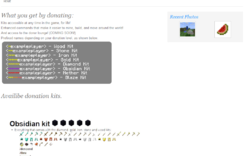 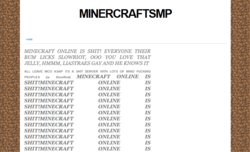 The server never really got off the ground. An intense amount of worldedit by the individuals he gave admin powers to lagged the server until it crashed many times over.

Joel contacted a moderator demanding his player name be removed from this webpage. While MCO is under no obligation whatsoever, we chose kindly to comply with his request. Instead we have replaced it with his real name.

20 June 2013 update: After the link to Joel Prowd's facebook failed,

CHCMATT kindly provided a functioning one. 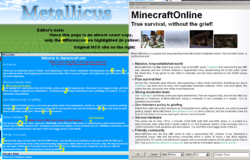 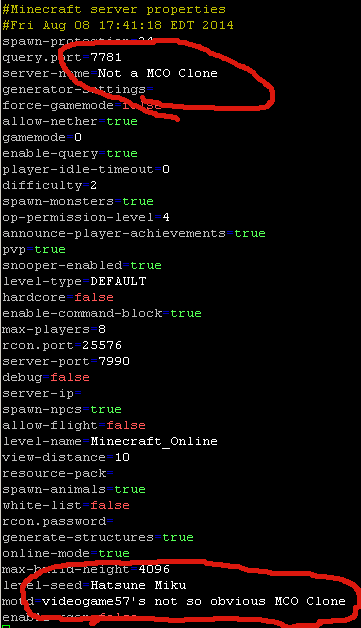 Also known as "Videogame57Plexus" or "Plexus"

Message from creator (Please read!) "I believe that ZenCraft is barely scratching the lid of a clone server. While many ideas were taken as inspiration or cloned. Most of MCO's features were not present. Many MCO players who have played on ZC said that they do not think that it is a clone server. A lot of this part of the wiki is incorrect, and misleading. I did create an edit war on this page because I thought that it was not a clone server, I still believe that is not. Perhaps EpicKitty was feeling bloodthursty when looking at my server. I do not know. Anyway feel free to look at this if you wish." -

EpicCraft is a Minecraft server network created by

EpicKittyXP, and maintained with the help of

Ted1246.
While EpicCraft has some feature parity with MinecraftOnline, this is largely from community outreach, and has been implemented in original ways, with heavily customised configurations. As such, EpicCraft is a very different beast to MinecraftOnline and serves vastly different purposes.
It appears as though ZenCraft is also highly inspired by this server.

EpicKittyXP assumed they used GreenIRC which is a work in progress (disclaimer on the github page) and that it currently is simply just PurpleIRC.

MrSlimeDiamond has since said that the original comment where he mentioned this (see screenshot below) was actually a joke and therefore was not actioned.

MrSlimeDiamond now feels like a complete pile of shit and never wants to make a server again, after this incident. A note from

Spektra02 says: "And then he went on to create a completely originl server called SurvivalCube, not at all related to McO in any way, other than

MrSlimeDiamond in which said parties have not only added their own perspective, but repeatedly attempted to remove salient and truthful information added by others. The administrators of this wiki have attempted to find the middle ground wherever possible, and attribute point-of-view specific statements to their originators where resolution is impossible.

For further detail of edit wars and to see original edit attributions, please browse the edit history for this page.