North of Nowhere was founded January 2020 after

muldore used /wilderness and found himself in the middle of the ocean. Naturally, he decided to build a town there.

Most of North Of Nowhere is built on a grass raft, with the exception of the docks, which is primarily built out of cobblestone. The larger grass island, known as Haven Island, has no specific building theme. Town members are free to build whatever they wish there, within reason. The Docks have a generally medieval theme, and no map/pixel art is allowed there without permission. Lastly, the Road to Nowhere extends south of North Of Nowhere and currently dead-ends into the ocean. It is designed to allow new players to make their own islands separate from Haven Island if they so wish.

Current State of North Of Nowhere

Muldore has been inactive for a while and many of the towns people have either stopped playing or have moved on from North Of Nowhere.

Hyperluminous is still active on the server but sometimes go inactive from time to time. Any and all inquiries regarding North Of Nowhere should be sent to Hyperluminous (Nova#4636).

These are the rules that are listed in the NoN Discord server.

Rule #2: Do not kill/attack another player unless they have consented to a fight.

Rule #3: Do not grief another's build. If you want to help them please ask them.

Rule #4: Ask before building. Buildings should be pleasant to look at. No dirt huts. If you do not ask to build before building your build may be claimed by the city.

Rule #5: If the builder of a public building hasn't been on in a while or has been banned and cannot be contacted then ask Muldore if you can finish/improve the building.

Rule #6: Do not steal from the chest room. This doesn't mean you can't use building materials but put extra items back if you aren't using them. Do not steal resources. Only take them if you are going to use them.

Rule #7: Do not break wool/any block above someone's chest unless they have given you permission.

Rule #8: You have the right to defend yourself and your property. If someone, even a citizen, attacks you with malicious intent or is griefing your build. Then you can attack and kill them. Make sure to report griefs to the staff.

Rule #9: Do not kill non-citizens or visitors that do not pose a threat, are not stealing, or are not griefing unless they consent to a fight. If a non-citizen or visitor is hostile, stealing from chests, or griefing then you have permission to attack and kill them. It is recommended to message the Discord to alert others of any hostile players. Remember to report grief to staff.

Perm #1: All residents can break ground torches as long as they aren't apart of someone's build.

Perm #2: All residents may access the chest room as well as break the wool in front of chests as long as they remember to replace the wool.

Perm #3: All residents may access and use any public spawners.

Perm #4: All residents may use the sheep pens.

Rule #1: Do NOT break any block unless otherwise given permission by the block owner or the Mayor/Co-Mayor.

Rule #2: Do not steal from chests. You are not permitted inside the chest room unless otherwise permitted.

Rule #3: Do not attack anyone unless you are defending yourself or the other player has consented to a fight.

Rule #4: You are not permitted to build. NoN is not public. You must first become a citizen and ask before you can build. If you build here without citizenship or permission, you're build is automatically forfeited to the city. The only exemption is if someone has asked you to help them or have been given permission by a member of the city council.

If you are found to be breaking the rules of the town you will receive a warning. After two warnings you will get a strike. Three strikes and you are out. You will no longer be a citizen of NoN after receiving three strikes. Any major grief results in automatic loss of citizenship and potentially being banned from MCO.

Note* By building in North of Nowhere, you agree that in the case that you become inactive, banned, or unable to be reached, the city can claim any of your builds and improve, add-on, give away, or destroy them. The city also has the right to claim any build that is unpleasant to look at. This includes, but is not limited to, dirt huts, random 1 or 2 block towers, racist symbols or any symbol that makes a group of people uncomfortable, poorly constructed houses/buildings, and any unfinished builds. If a member of the city council claims a built then the council will vote on whether or not to seize the build. In the event that a build of yours is seized by the city, then you lose your rights to the build including everything inside chests.

If you wish to join the city council, please apply by messaging Muldore or Hyperluminous.

Disclaimer* These rules are subject to change without notice.

Anna_28 connected NoN to the Nexus system via Pink 3.

Citizens are free to build almost anything they want at North Of Nowhere. Here is a list of some builds:

Most players will enter the town through this area since there is no Nexus, yet. Signs have been placed along the entrance to welcome new players.

A large building topped by a carrot flag, and is in the center of the town. Both the hall and the flag were constructed by

A large chest room has been erected beneath town hall, built by

Hyperluminous. All members of the town are allowed to use the chest room to deposit and retrieve resources. The room is visible through the Map room window and the glass path behind town hall. 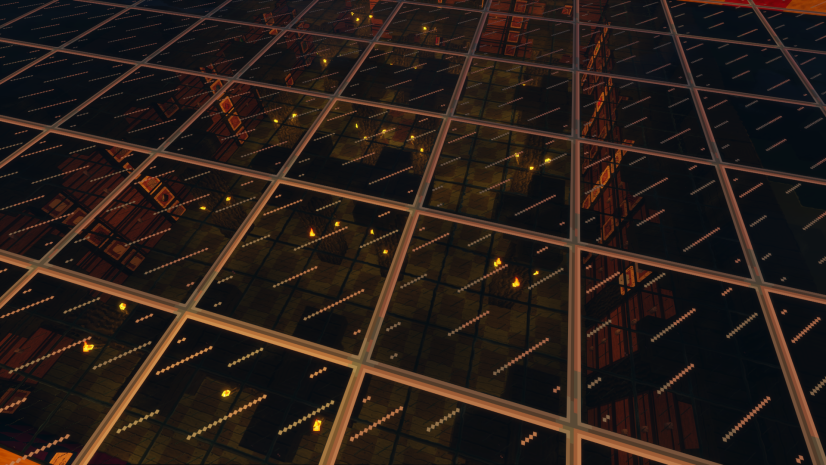 Haven Library is a public library that has been under construction since Feb. 13, 2020 and has been delayed due to paper and leather shortages. The builder of Haven Library,

Hyperluminous, hopes that the library will be completed by the end of February but also so it could be delayed further. The library has two floors and an underwater beacon pyramid set to Haste II. The first floor is almost finished and the second floor is about 75% finished. The second floor contains two enchanting tables and two Ender chests. There are plans to add a garden and fountain area behind the library.

Located on the docks, the blacksmith was built by

Muldore so that the docks wouldn't be so empty.

Contained within the town hall, this room has a 5x5 map of the town and the surrounding area, and is kept updated by

Muldore. It also has the town history wall, which displays when certain objects were built and by whom.

Muldore, this hideous structure used to have eight skeleton spawners, that used a water elevator to draw them up into a tower, before dropping them back down again. This has since been replaced by the Wither Skeleton Spawner.

Hyperluminous, the zombie spawner is located inside Town Hall and is open to the public. Although very basic, the grinder can provide 30 levels within 5-10 of use when the server is not lagging. There is a public chest filled with iron swords to be used against the mobs in the spawner. This has since been shutdown in favor of the Wither Skeleton Spawner.

Next to the old Skeleton Grinder there is a bizarre contraption designed to produce Steak, don't ask how it works, you don't want to know. There are plans to improve this spawner in the future.

Next to Town Hall, there is a farm for every crop in this version of the game (1.7.10). Any player in the town can harvest this food, as long as they replant afterword.

Many of the farms that North Of Nowhere once had have now been destroyed and the land has been repurposed.

MrSharkson, the lighthouse is visible from the harbor. This seems to still be a work-in-progress.

Unfortunately, this build is slated to be demolished.

Melthis, the windmill is next to town hall. It looks neat.

Built neat the Public Farm, this building is designed to store all the wheat we produce. As the chest room does the same thing, it is completely empty.

I believe this has been demolished by

We have lots of fountains, enjoy them.

Each player builds their own base after joining, typically on the grassy shores of Haven Island.

A stone generator right of the diamond mine marker that produces stone. Built by

Hyperluminous, this build will be NoN's first hotel & casino when finished.

The Anomalocaris is currently the only ship in port, and is being loaded with quartz for transport to a distant shore.

The role of the city council in NoN is to create rules and enforce them.

Inside Town Hall there is a huge history wall that details the history of the town and is still being updated.

The great theft of 2020 was perpetrated by an unknown criminal on February 5th or 6th. Said criminal took advantage of our complete lack of security measures and stole many valuable items from the town. The thief took, among other things, the town's entire metal supply, the towns entire redstone supply, and most of the town's wool for some reason. Though no grief was done, the loss of said items set the town back days. This raid taught a valuable lesson on the need for protection of items, and basic security measures were put in place afterword, including locking chests with valuables, and walling off the room. All truly valuable items, such as diamonds and glowstone, are now stored in players ender chests for personal use.

The death of Bob, the Second villager cured of the zombie plague by Mayor

Muldore, and the only named mob in North Of Nowhere at that time, was caused by a rouge zombie entering the base. Bob was re-infected and was slain by an unsuspecting citizen before he could be re-cured

Muldore, the mayor, and the citizens of the town.