Baker's Edge is a shore-side town founded by

bucketsofwasps. It runs under the Republic of Baker's Edge

This was Catnip checkin on his weed farm:

How to get to Baker’s Edge

In order to join and live in Baker's Edge, just ask wasps or dead.

bucketsofwasps joined the server. Not thinking of what he should make after using the /wilderness command, he watched some memes and found a video that was a meme based around a bread store. This video eventually sparked a idea in his head and thus, the Wasp & Co. Bread Bakery, and Wasp & Co. was founded on the very same day. Around a week later, the Bread Bakery had been finished, and thus he began his second phase of the Bread Bakery. He began working on a mega pavilion. The pavilion was completed a few weeks later. One day, wasps took a long 1 month hiatus before returning somewhere around late March. A bit after he came back, wasps met

helpimdeadinside in a VC on the discord server. Wasps asked her if she wanted to help him with the Bread Bakery. She gladly agreed. During the time she was helping him, wasps was able to have a path created that connected the Freedonia Highway. He was also able to create a Nether Portal. During the construction of the path to the Bread Bakery, helpmeimdeadinside (know her as dead) had the idea of turning the entire area around the Bread Bakery into a town. And this marked the beginning of Baker's Edge.

After the founding, wasps and dead began working on the massive Mt. Fuji that stood near potential plots and pathways. During the work, dead began working on her shrine under her house dedicated to a sword called “The Shaq” and this soon became the town’s religion. On May 31, 2020, the Republic of Baker's Edge was founded as the town’s government. This was made to turn the husk of wasps’ old company, Wasp & Co., and turn it into a functioning government. Around Mid June,

Beeraeka joined the town and set up the Imperial Bedrocco Embassy. Not much happened after

Leah_Starcraft joined the town. Then a few weeks later on July 4, 2020, Baker’s Edge joined the Bedrocco Empire and became an autonomous state. A little bit after that, dead was promoted to Moderator, which was a huge shocker to wasps. Fast forward to August, not much really happened, mainly worked just resumed, the dock was mainly upgraded to be bigger, and work was started on a lighthouse, specifically the Ballspur Island Lighthouse. The name was based off the Cockspur Island Lighthouse in Georgia, which lies off the tip of Cockspur Island, where the Fort Pulaski National Monument is located at. Fast forward to September, literally nothing happened. Fast forward to October, on Halloween, we left Bedrocco, and a new empire was formed between wasps and

AlTheChan, the Federation of Freedonia (Now known as I.R.O.G, with it's purpose of being a joke empire). Between the periods of November 2020 to January 2021, Some of the data was lost. In January 2021, we got BriscoeTV to come tour the town in his 100 Subscriber Special (Briscoe if you are reading this, thanks for touring the town with me, you can join by asking if you want -wasps). In February 2021, some of the data here was also lost. In March, the outside of the Ballspur Island Lighthouse was finished and the Baker's Edge Info Center was torn down to be moved to a different area. The tearing down of the Info Center was done in order to make space for the rail station. In April, not much happened. In May, Wasps decided that it was time to say goodbye to the state. So a few hours after Wasps joined the League of Peaceful Towns and Settlements, a vote was made to reform the Republic. A week after the Republic had been formed, the Republic had it's first anniversary after it's founding on May 31, 2020, which makes May 31 Baker's Edge's Independence Day. 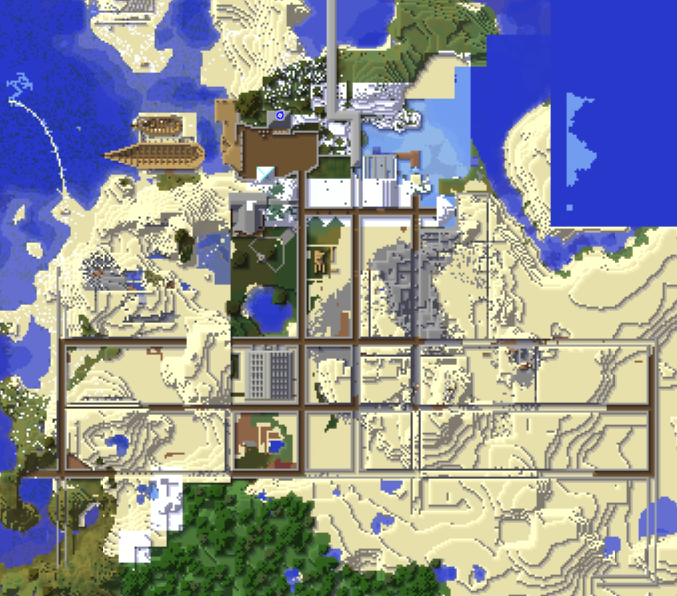