Hastings is a medieval themed town and community in the far north of Freedonia, near Bronton and Edgeton. It is located within a valley surrounded by mountains and has roads, pathways, homes, and a few commercial buildings and farms. It is the capitol of the Kingdom of Hastings.

Ken_the_Fox, when they were visiting Diamond Town and stumbled north and found a nice flat hilly portion in the middle of some mountains and decided to build a town. The town was later joined by many others who have contributed to the town in some way (listed below). On 9 October, 2022, it received a nexus from 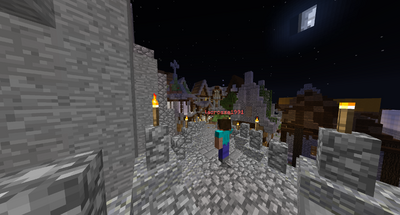