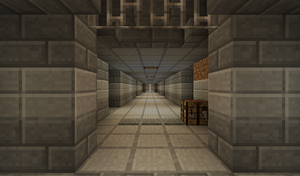 A view down one of the many tunnels inside the labs. 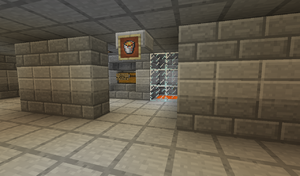 Item destroyer (mainly used to burn cobblestone), this was one of the first things built here. 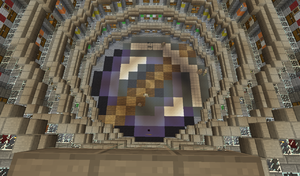 A view looking down in the Batugus Vault. 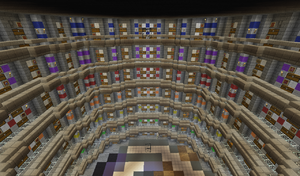 A view of the vault showing each colored layer. 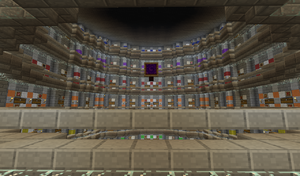 Vault Looking from the entrance 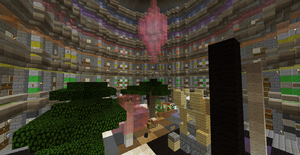 A view of inside the Batugus Vault, showing many experiments and design tests as well as the new stained glass on each floor. 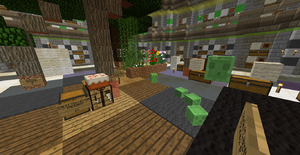 The Floor of the vault often spawns slimes as it is located in a slime chunk. 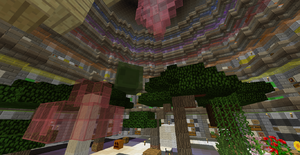 A large slime jumping around in the vault. 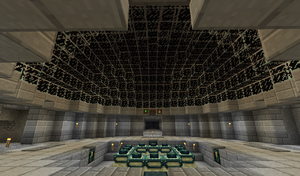 One of the many things inside the labs... 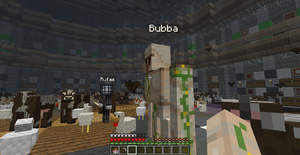 Sparticus28 on the Batugus Vault. 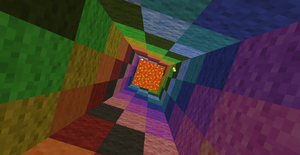 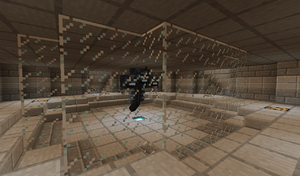 A not so harmfull wither tamed by Anna 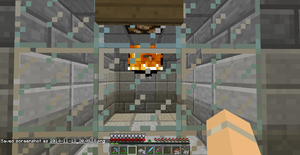 The ghast fireball inside Batugus_Labs. 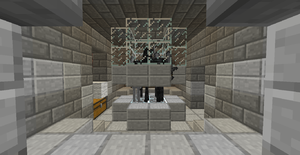 The first skull grinder, showing wither skeletons that have fallen down from the grinder into the collection point. 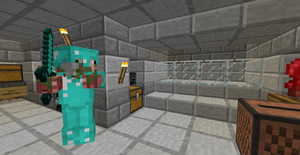 A fully diamond geared pigman standing next the the second skull grinder. 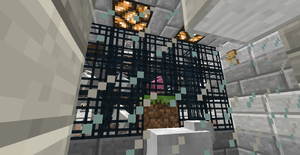 The Wool generator in Batugus Labs, with one pink sheep spawner in the middle :) 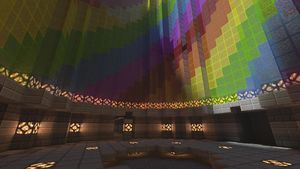 A render of the Rainbow glass tunnel connecting the labs to the surface. 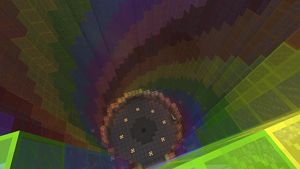 Looking down the rainbow glass tunnel to the labs. 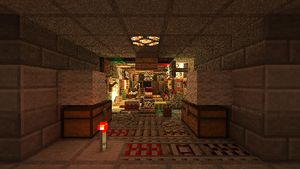 Batugus Labs is a large underground complex filled with many redstone, craftbook and other types of generators, farms and contraptions. It also has many secret pathways and rooms. Most of the generators in the labs are also public but if you are unsure of one ask Anna. Beware of traps as there are a few of those too :)

Most of the tunnels in the labs are connected to a Dome which have a pathway out to a tunnel or generator on each side. Inside each Dome there is normally a beacon that will give speed to make it easier to get around.

Creation of the Batugus Labs

Pieapple42 had made two others before and wanted to make a even better one.

After making the potion brewer Anna and Pie decided to build more useful generators and farms in the same area and connect them with long maze like tunnels. This was also a great spot to build it as it was under under their first big build Batugus ("under under" because it is under the ground under Batugus, as Batugus is in the sky and the labs are underground).

Things Inside the Labs

Exit/Entrance Portal. This portal is what takes you from the nether back to the overworld the way you came in. It is located in the middle of a hallway.

ScarClaw72 made a video exploring Batugus Labs in his series. The video can be found here 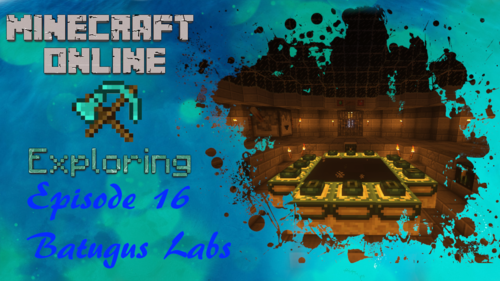