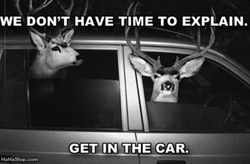 Admins have access to the server over SSH, and can make use of various bash and python scripts written to make server administration easier.

Do not attempt to use any of these unless you understand exactly what they do and how they work - many are capable of permanent and irreversible damage to the world and the backups. Some apparently innocuous commands can still produce excessive server lag if misused. If in doubt, don't hesitate to ask another admin for advice.

Needless to say, commands that violate the survival principles or manipulate players in any way without their consent must not be used under any circumstances.

To call a script, state its absolute path on the commandline. If you are in /home/minecraft (shown as ~ for short), you can simply prefix the script name with ./, for instance ./grieflogsearch. The majority of scripts will give correct usage directions if called with no commandline parameters.

A reasonable understanding of unix shell usage, as well as a and decent amount of common sense are assumed in this article.

The following sessions are obsolete and not maintained currently, and listed here only for academic reference:

Cron is a scheduling daemon that enables scripts and commands to be executed at regular intervals. 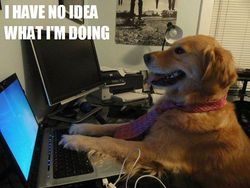 The friendly green prompt has a built-in smiley face that reflects the exit status of the last command. If it completed successfully, you get a happy smiley. If an error was registered (or a search returned no results) you get a sad face, and if something went a little strangely or may not have given you the results you expected, you'll see a surprised face. One of SlowRiot's drunken additions. Classy, huh?

The following variables can be made available to exec scripts, if the requisite group is specified in exec.conf for a given command:

Only one of the above can be specified, and each greater permission inherits the lesser. Select only the minimum you need to avoid having the exec plugin waste cpu cycles collecting data your script doesn't need.

These are the various commands that can be called using remoteclient (/home/minecraft/remoteclient01a.py "command") or by entering them manually on the console; given is both usage and expected return output:

The following variables are made available to all cpplugin scripts:

This is a list of relevant configuration files and log locations that can be examined and manipulated manually if appropriate.

Most changes to these will require issue of the /reload command in-game by an admin or moderator. Plugin-specific config files will require /reloadplugin <plugin> by an admin. Please note not all plugins can be reloaded safely at runtime, and some require a full server restart instead - most notably GriefAlert, which produces log events in duplicate (resulting in double mob spawner drops), and WorldGuard (which has a tendency to drop creeper protection).

These are all files in the player data dir, by default /home/minecraft/freedonia/playerdata, this location is available to cpplugin scripts as the variable $DATADIR. Each of these files is player-specific, so there is no need to search for a particular file; to get SlowRiot's email address, you simply cat $DATADIR/email-SlowRiot.txt.

There are a number of subdirectories for specific subsystems also.

bastetfurry's banking system stores its data in its own directory:

Here are some useful example one-liners that you can try pasting in the terminal and amending to suit your requirements for various kinds of data-gathering. Simply copy and paste these on one line.